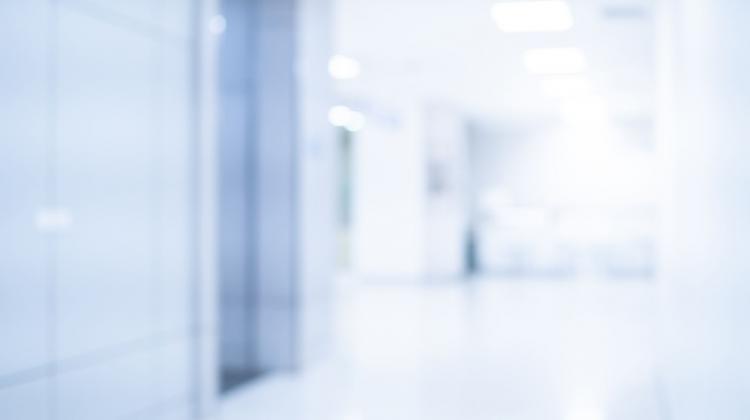 Doctors at the University Center of Oncology of the University Clinical Hospital in Białystok have begun to use a new method of treatment of patients with ovarian cancer: chemotherapy heated to 42.5 degrees C.

This method has just been used to treat the first patient in Podlasie. Heated chemotherapy was administered to a 58-year-old female patient with an ovarian tumour. She previously underwent surgery to remove all visible neoplastic lesions within the abdominal cavity.

The hospital in Białystok is one of the first few in Poland to use HIPEC - Hyperthermic IntraPEritoneal Chemotherapy, the coordinator of the University Center of Oncology, Dr. Paweł Knapp said at a press conference. Treatment with the HIPEC method is reimbursed by the National Health Fund.

According to Knapp, the HIPEC method can only be used in patients, in whom it is possible to surgically remove all visible neoplastic changes in the pelvic and abdominal cavities, for example on the intestines - since metastatic ovarian cancer can spread to many places in the stomach.

"This method is used intraoperatively" - explained Knapp. First, visible neoplastic lesions are removed, then, while the patient is still under general anesthesia, a heated chemotherapeutic agent used in the treatment of ovarian cancer (cisplatin) is administered. The possibility of HIPEC treatment is determined earlier, for example based on a CT scan.

The chemotherapeutic agent, approx. 3-3.5 litres of liquid, is administered to the abdomen with drains, while doctors monitor the patient`s body temperature. The heated drug goes to the tumour site.

Knapp explains that heating the chemotherapeutic agent helps the drug to better penetrate cancer cells. "Heating causes the blood vessels to open, and this is one of cancer malignancy mechanisms, so opening the vessels, drug penetration and spreading the warm drug over the cancer cells makes the results really very, very promising" - Paweł Knapp explained.

The specialist learned this method in the US. He cited the results of studies, according to which the HIPEC method gives good treatment results in those patients who are well qualified for it, and its possible effects include a longer life with the disease or a recovery from it. "And that is probably the biggest gain that can be obtained with a new therapeutic method" - he added. In his opinion, this is the more important that ovarian cancer is one of the most difficult cancers to treat.

The University University Center of Oncology plans to conduct scientific research on the HIPEC method. According to Paweł Knapp, it will concern cancer biology, including the impact of normal and heated intraperitoneal chemotherapy on the possibilities of ovarian cancer treatment and cancer blocking.

The University Clinical Hospital in Białystok reports that approx. 3.5 thousand women develop ovarian cancer every year. This cancer accounts for approx. 5 percent of all cancers in women; it is the second most common gynaecological cancer. Doctors stress that ovarian cancer is most often detected late, because there are no effective methods for early detection of this disease, and there is no effective prevention, which is due to the specificity of this cancer (PAP).