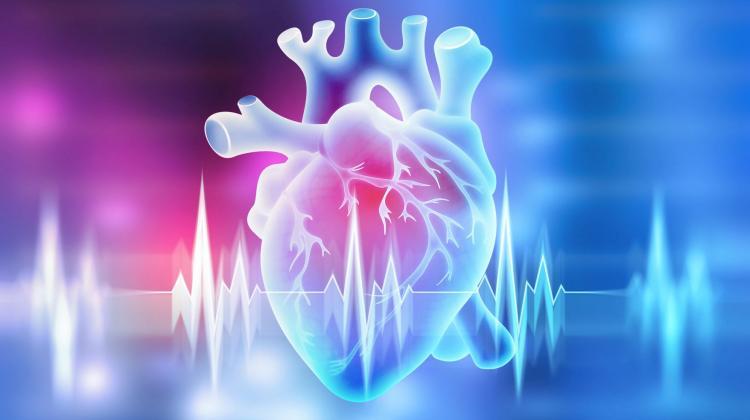 23 percent of the 65+ population in Poland suffer from atrial fibrillation - the most common form of arrhythmia, a serious complication of which can be ischaemic stroke, according to the results of the recently completed Nomed-AF study.

This number is twice higher than previously thought. The results of the study were discussed during a symposium at the Silesian Centre for Heart Diseases in Zabrze.

The aim of the project was to diagnose the incidence of atrial fibrillation in patients over 65 years of age. If untreated or poorly treated, this condition may lead to ischaemic stroke: a disease called the 21st century epidemic, in some cases fatal, in others leading to permanent disability.

3014 patients from all over Poland were monitored as part of the project. They wore specially designed vests for long-term non-invasive ECG monitoring.

"The incidence of atrial fibrillation turned out to be very high, nearly 23%. We did not expect this result. The problem was known to affect 12-15%, but it turned out it was a very high percentage" - said Prof. Beata Średniawa, who presented the results of the study.

"This is an important and groundbreaking project; it shows that the scale of the problem is greater than expected. We are still analysing the results, but considered recommendations include screening this population" - said the project leader Prof. Zbigniew Kalarus from the Silesian Centre for Heart Diseases.

"Atrial fibrillation is a deceptive arrhythmia that patients sometimes do not feel, and it carries a risk of stroke. Stroke is a tragedy: disability, social exclusion and even death. That is why it is so important to detect atrial fibrillation" - said Minister of Health Prof. Łukasz Szumowski.

Ischaemic stroke is one of the most common causes of death and disability, and its treatment is a significant part of the cost of health care. Atrial fibrillation is a known risk factor for ischaemic stroke. Anticoagulant therapy reduces the risk of stroke with an embolic mechanism but, unfortunately, many cases of atrial fibrillation remain undetected.