Health
This text can be copied
Kamil Szubański 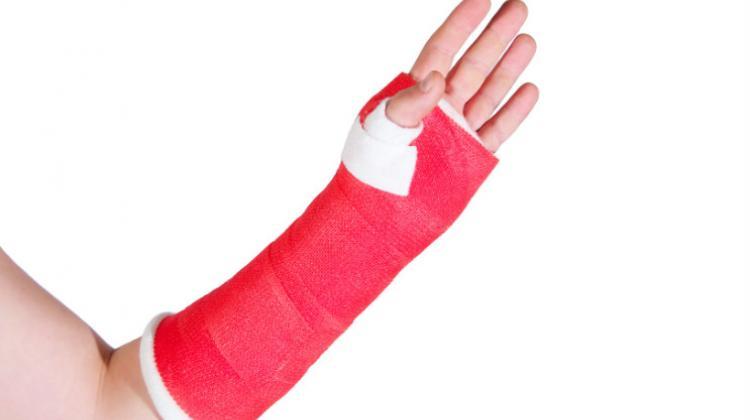 Studies on Polish patients with congenital brittle bone disease show that in one-third of cases, new gene mutations, previously not linked to this disorder, are responsible for the disease. This shows how much we do not know about this disease - geneticist from Łódź says in an interview with PAP.

Brittle bone disease is a rare genetic disease caused by an abnormal amount or function of collagen. It affects about one in 20,000 people.

Its most typical symptoms are excessive brittleness and fragility of bones, often associated with numerous fractures resulting from minor injuries, and even at rest. In addition, patients may have irregularities in the teeth, blue discoloration of the sclera, excessive mobility in the joints, low growth and bone deformities.

Specialists from the Department of Genetics of the Polish Mother`s Memorial Hospital Research Institute (ICZMP) in Łódź are conducting research on the genetic causes of this disease in the Polish population.

"This disease has a fairly complex genetic background. We are trying to find the molecular causes of this abnormality. We are investigating 34 genes, including the two most commonly associated with this disease, collagen genes COL1A1, COL1A2 - and various others that have a confirmed contribution to its pathogenesis, as well as those that are likely to be involved" - says Dr. Agnieszka Gach, from the Department of Genetics, ICZMP in Łódź.

So far, specialists from the ICZMP Department of Genetics have examined over 100 patients from all over Poland. The youngest of them are only a few months old, the oldest are almost 50 years old.

They isolate the DNA from the blood collected from patients and analyse the sequences of selected 34 genes. Then, they evaluate the variants of genes and verify selected variants - suspected of involvement in the pathogenesis of the disease - with another method.

Research results indicate that in over 80% of patients it is possible to identify the genetic cause of the disease. But it was a surprise for researchers that in around one third of cases, new gene mutations, previously not described in world databases, were responsible for the occurrence of the disease. According to Dr. Gach, this shows how much we still do not know about this disease.

"One third of the patients we have examined have variants in their genome that have never been described before, that is, they have never been linked to this disease. Therefore, if only for this reason, it seems extremely important for the global development of science that we study the Polish population and share these conclusions" - says Dr. Gach.

The expert points out that in the case of patients suffering from brittle bone disease, a molecular diagnosis is "+dotting an i+ and completing the clinical diagnosis". Patients and their families often function for many years without a definitive diagnosis of a disease that can be inherited from generation to generation.

According the expert, molecular diagnostics is also very important from the point of view of genetic counselling and estimating the risk of disease recurrence in future children. For parents, the decision to have another offspring often depends on the molecular analysis result.

"It is only on the basis of our tests that we are able to estimate the risk and probability of having another child with the disorder for a given couple, meaning that we can determine whether it is a risk of 50 or 25 percent, or lower" - notes the clinical genetics expert.

She emphasises that currently there is no treatment for brittle bone disease. There is only symptomatic and supportive treatment, which improves the patient`s life comfort and reduces the number of fractures. It is based mainly on orthopaedic supplies, pharmacological treatment and physiotherapeutic support.

Scientists from Łódź note that finding the molecular cause of this disease will not mean a breakthrough for individual patients. But they hope that their research will allow to expand knowledge about the genetic causes of this disease, which may translate into new directions of therapy in the future.

"Therefore, it is extremely important that we study the molecular background in rare diseases, also in cases where an effective drug is currently not available" - Dr. Agnieszka Gach emphasises.

Researchers from the Institute of Genetics of the ICZMP in Łódź are still recruiting and searching for patients willing to participate in the project, there are about 30 places left. The project is scheduled to end later this year. (PAP)