Expert: Mosquitoes that carry dengue have not been detected in Poland 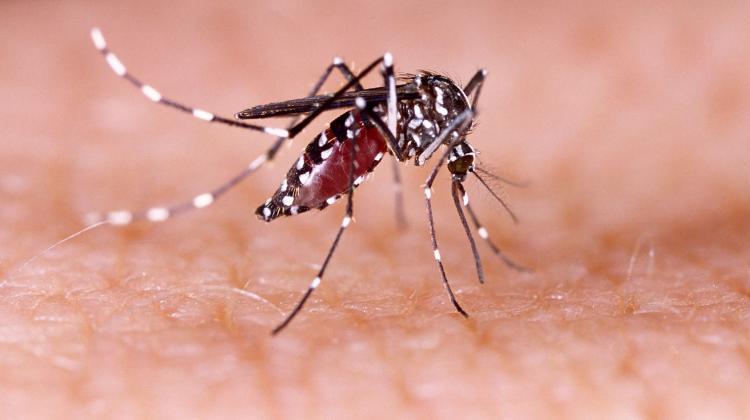 Tiger mosquitoes that can carry dengue have not yet been detected in Poland. But they find conditions for development in a growing number of European countries, says entomologist Prof. Stanisław Ignatowicz.

"Pathogens carried by mosquitoes kill more people per year than bites of poisonous spiders, snakes, wolf or shark attacks. Every year, mosquitoes infect at least 500 million people with malaria. Two million patients - most of them children - die" - the entomologist says.

The professor reminds that in Poland malaria still occurred in the 1960s. Its last outbreaks of the disease died out in Żuławy. But the mosquitoes of the Anopheles maculipennis group that can carry malaria still live in Poland and they can do it again, if malaria is dragged into our country, for example by a group of infected people. Therefore, every case of malaria requires intensive treatment and anti-epidemic measures.

"We are also afraid of dengue (an infectious tropical disease associated with muscle pain, rash and hemorrhagic fever - PAP). And the tiger mosquito that carries dengue is already at our door" - the expert says.

The tiger mosquito is found in Southeast Asia, on the islands of the Indian and Pacific Oceans. Prof. Ignatowicz explains that in the 20th century, this mosquito spread all over the world. It arrived in North America in 1985 with the transport of old tires to a port in Texas. Tiger mosquito larvae can also be transported with plants in moist soil, and the eggs are very resistant to drying out and can survive up to one year without water.

"In our climate, tiger mosquito eggs can survive winter. In the current temperature conditions, larvae develop over 5 to 10 days, feeding on shredded organic matter floating in water. Then a floating chrysalis forms, and after two days it transforms into an adult mosquito. As you can see, the development is rapid, and fertility is about a thousand eggs per one female" - describes Prof. Ignatowicz.

According to the professor, the tiger mosquito is getting closer to Poland. It was found in Albania already in 1975, in Italy in 1990, eight years later - in France. From 2000, it was detected in Belgium, Greece, Switzerland and Croatia. it was also dragged to the Czech Republic and Slovakia, but it did not survive the winter. It also appeared in Germany, but its massive development there was prevented.

"The tiger mosquito, like the Asian giant hornet that is approaching Poland from France through Germany, as well as any other species of insects that can enter our country, should be specially monitored. We need a centrally financed research program and a competition for units that would carry it out. There are too many false reports that someone has killed a tiger mosquito" - the professor believes.

In his opinion, Poland is not prepared for the emergence of species that carry dangerous diseases. There is no scientific monitoring or trained companies - rapid response units, which would destroy the invading tiger mosquito with effective treatments.