Volunteers are looking for homes for laboratory animals 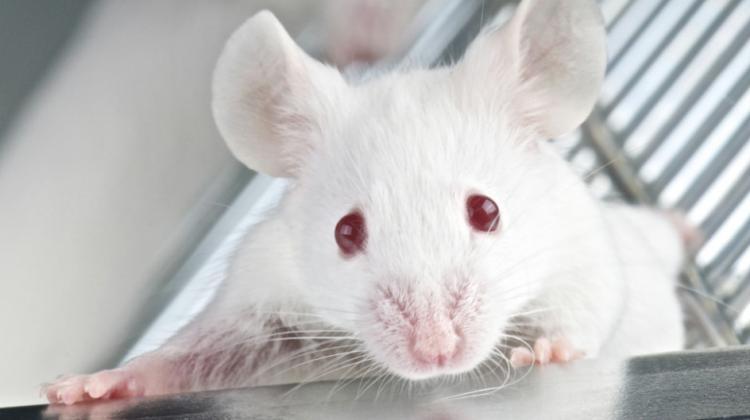 Mice, rats, guinea pigs used in non-invasive scientific experiments are sometimes put down after the study ends. We make efforts to get them adopted instead. Thus, we say "thank you" to animals that help in the development of science, says Ida Kułacz from the Lab Rescue initiative.

"Lab Rescue is a grassroots initiative. Representatives of laboratories, scientists or veterinarians come to us and inform us about the completion of an experiment or animal research. They let us know us how many animals they will have for adoption, and we try to find homes for them" - says Ida Kułacz, Lab Rescue activist and a student of genetics.

Since the beginning of their activity 2 years ago, volunteers from Lab Rescue have found homes for almost 2 thousand animals: mice, rats, guinea pigs and rabbits.

According to the data from the Supreme Audit Office, in 2015 in Poland, the number of laboratory animals killed solely for the purpose of organ or tissue procurement amounted to 18.5 thousand. Of these, almost half were domestic mice, over 20 percent were rats.

But not all scientific experiments on animals are invasive. If scientists only study the behaviour of animals or test drugs or specifics on them, after completion of tests the animal can be completely healthy. Meanwhile, many laboratories do not know what to do with such animals after the end of experiments and they do not have the means to maintain them. As a result, they decide to put them down.

Volunteers from Lab Rescue want to help those labs. "We absolutely are not against science, against researchers! We try to build a positive image of laboratories as places that also care about the welfare of animals" - assures the volunteer.

"We help find homes for laboratory animals. This is our way of saying +thank you+ to animals that contribute to the development of science" - she comments.

Ida Kułacz talks about successful adoptions of, for example, guinea pigs, on which ointments were tested, or rats on which researchers tested antidepressants. "They are healthy animals but slightly wild, they are afraid of people, they are not familiar with them, because they have been seeing people in lab coats all their lives. They do not know that humans can do more than just put them in boxes and give food, that humans can also take them on their hands, stroke them, play with them" - she says.

Asked whether adult animals taken from a laboratory have no problems with socialization, becoming accustomed to humans, she replies that they usually do not. "I can give you an example of guinea pigs that my parents adopted from a lab. At first, the animals were afraid, they were running away and refused to eat. Now, a few months after the adoption, the guinea pigs approach them, they know them. Adult animals may require a little more patience, but it is not difficult" - assures the volunteer.

New owners do not find out what experiments were conducted on their pets. "Laboratories usually do not want to inform about the details of the experiment, so we usually only have information that, for example, drugs have been tested on animals or behavioural experiments were carried out" - the activist says.

Ida Kułacz says that the demand for houses for laboratory animals is almost constant. Campaigns are organized every now and then - an experiment ends and volunteers need to find homes for a dozen or so dozens animals. But between campaigns there is still a need for homes for surplus animals. "Unfortunately, some of these animals are put down, and we are not able to prevent it" - the activist regrets.

Lab Rescue activist appeals to lab employees to contact Lab Rescue volunteers about two months before animal experiment is completed. "During that time, we usually estimate how many places for animals we can find, we are looking for people who will decide to adopt and only then we take animals from the laboratory" - she says.

She adds that for now, Lab Rescue has handled adoptions of animals from laboratories in Warsaw, Wrocław, Łódź and Poznań. But she encourages laboratories and volunteers from other cities to cooperate.

According to the Act on the Protection of Animals Used for Scientific or Educational Purposes of 2015, procedures in laboratories are planned and implemented in such a way as to avoid the death of animals. The regulations also require that the animal remaining alive after the end of the procedure should be provided with care and adequate living conditions. The animal left alive after the end of the experiment can also be restored to the natural habitat of its species, or a new owner for it can be found. There are three conditions: the animal`s health must permit it, it may not pose a threat to anyone, and the animal must be provided with adequate living conditions.