The knot is a solution for antibiotic resistance 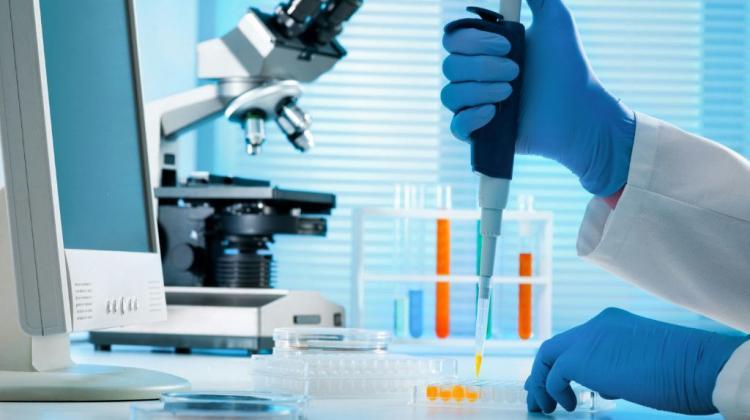 Studying knotted proteins is a step towards new antibiotics that can handle the most resistant bacteria. Agata Perlińska from the Centre of New Technologies of the University of Warsaw analyses the knotted enzyme present in all such bacteria.

The researcher was awarded by the Foundation for Polish Science in the START stipend programme.

Knotted ropes are used, for example, when climbing, because they provide the necessary safety and stabilization. Structures such as the figure-eight knot are known not only in our macroworld. Nature also produces them. Various proteins are tangled in knots and this is not a feature of a single type of protein with a specific function.

Researchers have been working on descriptions of molecules with different types of knots in proteins for 20 years. In her publications, Agata Perlińska updated the classification of such knots. She now checks how they affect the functions of proteins.

Most knots exist in enzyme proteins. The knot coincides with the place in the protein that is very active chemically. This leads to fundamental questions for structural biology: does the knotted region help the protein carry out the reaction? Does it have a specific function?

To explain this, the researcher looked at an enzyme called the bacterial TrmD methyltransferase. This protein has the simplest and most common type of knot.

Perlińska explains that knots in these proteins are the places where chemical reactions take place. The bioinformatics expert has determined that through the mutations within knots, the functioning of certain proteins can be blocked.

"The research consisted in introducing single mutations into various regions of the knotted protein and observing the changes that a given mutation would bring. Mutations within the knot caused a decrease in the biological activity of the protein. The mutation that was particularly intriguing caused changes in the functioning of the protein, slowing its activity" - Perlińska describes.

The World Health Organization recently published a list of 12 drug-resistant bacteria. They were given high priority as species worth conducting extensive research.

Many of the described knotted proteins are derived from bacteria. The enzyme, whose operating mechanism the awarded doctoral student studies, is special in this respect. Firstly, it is present in all 12 species of bacteria listed by the World Health Organization. There is also a human equivalent, a protein with the same function, which, surprisingly, does not have a knot.

"It is therefore an excellent target for drug design. Creating a molecule that blocks the activity of the bacterial protein will mean the development of a new type of antibiotics. My research has provided important insight into how the protein functions, which is an extremely important step towards finding a new drug" - Perlińska says.

Agata Perlińska`s research concerns groups of mitochondrial proteins, among other things. They form the cytoplasm and have to squeeze through the canal in the mitochondrial membrane. Like most proteins, they have to fold to their tightly packed structure in order to perform their function. In addition, a knot must be formed on the polypeptide chain, and this is not possible at any moment of folding.

The doctoral student has determined that the protein most likely folds after passing through the membrane. What`s more, it can be assumed that this occurs before the knot is formed. This discovery is the basis for designing the first experiments investigating the process of folding of proteins that knot under non-cytoplasmic conditions.