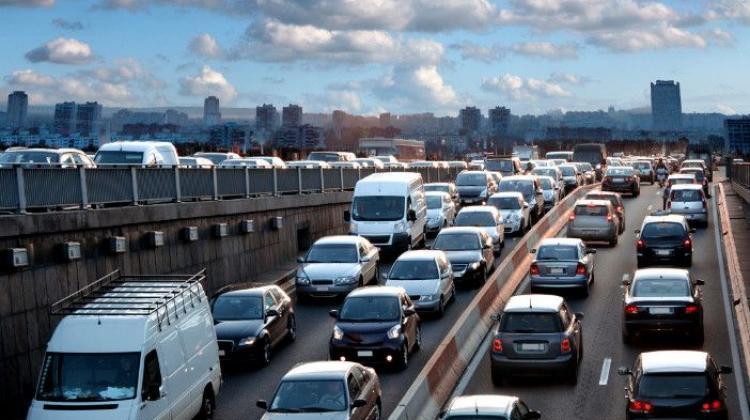 Aptiv, which develops technologies for autonomous cars, is working on an intelligent driver monitoring system at its tech centre in Kraków. This technology will be developed with the support of the National Centre for Research and Development.

Polish engineers at Aptiv`s Tech Center Krakow are working on the Interior Sensing Platform, which is based on artificial intelligence, and its main task is to improve road safety also by detecting a drop in driver concentration.

The Aptiv system supports many functions, including personalization and identification based on the driver`s face, as well as gestures and sight control. In the event of detecting the danger of, for example, the driver falling asleep, the system can also perform actions that will help minimize the risk of an accident. For example, in a situation where the system notices that the driver often closes his eyes, it will notify the driver of the drop in concentration and suggest a stop or coffee.

In addition, 3D cameras will increase the airbag system safety by sending information to the internal computer about the position of passengers and any unwanted objects between the passengers and the airbags. The new technology also allows to detect, classify and warn about objects left in the car, including children, animals and valuable items.

The first generation of the Aptiv system is currently used in a whole range of BMW cars with different levels of autonomy.

"Everything we do has one goal - to increase the safety of drivers, passengers and pedestrians" - says Tomasz Miśniakiewicz, CEO of Aptiv Poland. "Our gesture recognition and driver condition detection systems are the results of our many years of experience and machine learning competence. This technology changes the rules of the game. Thanks to our cooperation with manufacturers, universities and research organizations, we are implementing a system that will offer higher safety standards and better passenger experience during the drive" -he adds.

The Interior Sensing Platform project is co-financed by the European Union under the Smart Growth Operational Programme 2014-2020. It will be carried out over the next two years. The budget of the project is nearly PLN 30 million, of which the amount of co-financing is nearly PLN 17 million.

Aptiv`s Tech Center Krakow, formerly Delphi, has been operating in Kraków since 2000. It employs over 1.8 thousand engineers and 700 corporate specialists. It is the company`s largest and most innovative R&D laboratory in the world. It has developed the first gesture control system for the automotive industry and active safety technologies.