Gowin: I think we will convince the Ministry of Finance to allocate an additional billion zlotys to science 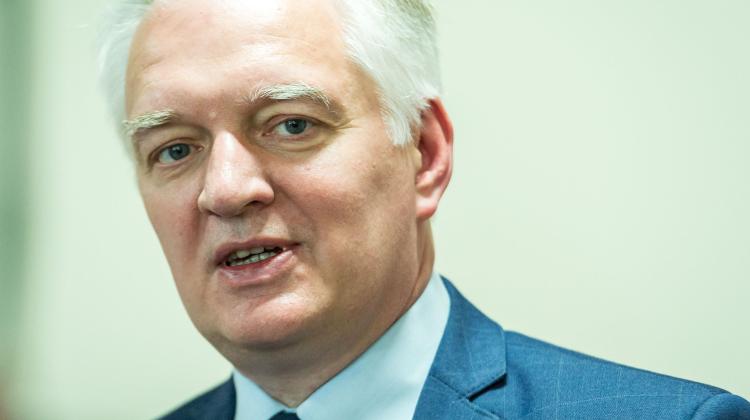 In order to have an additional PLN 1 billion for research in next year\'s budget, the Finance Minister\'s approval is still needed. But he is a strong supporter of investing in science - said Deputy Prime Minister Jarosław Gowin.

PAP: It looks like you have good news about financing science...

Jarosław Gowin, Deputy Prime Minister, Minister of Science: I agreed with PiS leader Jarosław Kaczyński that we will work together to ensure that an additional one billion for research is included in the next year\'s budget. I am talking about next year\'s budget, but with the assumption that this billion will be in the budget of the Ministry of Science and Higher Education - and consequently at the disposal of Polish scientists - permanently, also in subsequent years.

J.G.: We have many years of neglect in this area. I cannot promise that we will be able to make up for this negligence now. And allow me to remind that the previous government of Ewa Kopacz undertook the commitment that by 2020 Poland will reach 1.7 percent GDP expenditure on research and development - spending on science is an important component here. Our government inherited the predecessor\'s commitment. In 2015, spending on R& reached 1 percent GDP, and we do not expect a huge difference in 2016 and 2017. However, I hope that from 2018, with the additional PLN one billion for science and two innovations laws - encouraging entrepreneurs to invest in research - there will be a significant increase in funds for research and development.

PAP: This year, the Ministry\'s budget for science was about PLN 7.4 billion. Can we expect it to be PLN 8.5 billion next year?

J.G.: I expect that we will convince the Minister of Finance Mateusz Morawiecki that this amount should be PLN 8.5 billion. (...) But I also honestly want to say that Deputy Prime Minister Morawiecki is a strong supporter of investing in science. I am in a very comfortable situation compared to most of my predecessors, because they constantly bounced off the finance ministers like off the wall. In this case, we can count on a rational and open approach on part of the Ministry of Finance.

PAP: What can these extra money be spent on?

J.G.: I would like a large part of it to go directly to the university as part of funds for statutory research. I would certainly like to increase the funds for the National Science Centre again. The National Centre for Research and Development also expects its budget to increase by PLN 100 million. And finally, a significant part should go to the National Agency for Academic Exchange. This institution does not exist yet, but it seems we are well on track to get it running at the latest from the beginning of next year.

PAP: The money will probably also come in handy in connection with the reform of science and higher education that is being prepared at the ministry...

J.G.: The money will come in handy also after the reforms, but the reforms will only start coming into effect from 1 October 2018.

PAP: So more funds will be needed for the reforms. Will they be available?

J.G.: These reforms must cost money. The government is aware of this. I, in turn, am aware that I have to gauge my expectations ...

PAP: You have repeatedly stated that you would seek support for the reform of science - both in the coalition and in the opposition.

J.G.: I am very happy that at the last program convention (of the United Right) Jaroslaw Kaczynski supported my reforms so strongly, because they do raise doubts in different parts of the political spectrum. But I wanted to emphasise that we are at the disposal of every club - not just the United Right. In recent days, Deputy Minister Łukasz Szumowski met with Nowoczesna and I met with Kukiz\'15. I will strive to build as broad a consensus as possible around the new law on higher education.