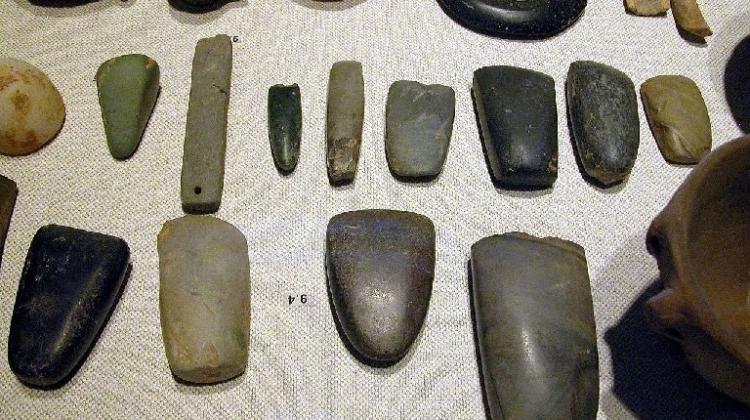 Policemen from the Katowice Police Department arrested a 49 years old man who attempted to illegally sell a prehistoric axe from the Neolithic on an auction site. The offender faces up to 5 years in prison.

Police officers reminded in the release that according to the Polish law every object of this kind is the property of the Treasury, and trade in archaeological objects is not permitted in Poland.

The crime was uncovered by Police officers from the Property Crime Division of the Katowice Police Department, who investigate crimes against monuments and cultural heritage.

As it turned out, a 49 years old resident of Katowice posted an ad intending to sell the haft of a stone axe from prehistoric times - from the Stone Age. Investigators and archaeology experts have determined that the haft of the tool was made of striped flint in the Neolithic Age, and thus is several thousand years old.

Black market value of such an object ranges from a few hundred to several thousand zlotys. But - officers noted - the object has a great historical value and should end up in a museum or to another place determined by the regional conservator of monuments. "At present, the antique exhibit is kept in the Silesian Museum" - reads the release.

The 49-year-old assured policemen that he had found the artefact himself. He has been charged with misappropriation of property (because he had no right to hold it and should have handed it to the state) and fencing, in this case offering to sell the illegally acquired archaeological object. He faces up to 5 years in prison.

The police reminded that the sale of archaeological monuments is forbidden, and any discovered archaeological object - in accordance with the law on the protection of monuments - is owned by the Treasury. Any such find must be reported without delay to the competent regional conservator of monuments, and if that is not possible - the mayor or the president of the city. (PAP)