Report: In 2008-15 Poland was the world leader in the dynamics of business enterprise expenditure on R&D 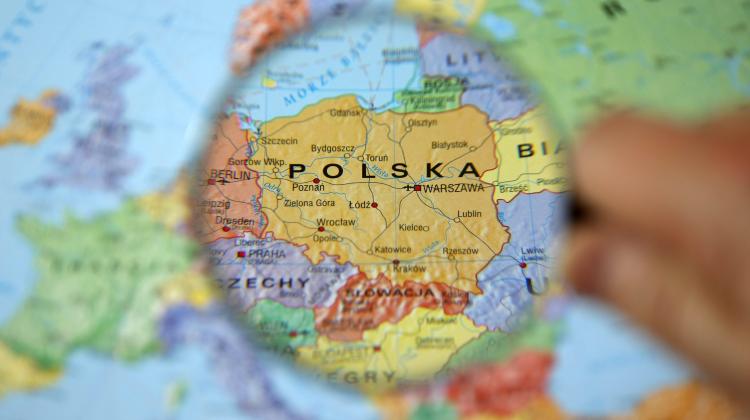 Poland was the world leader in terms of growth in R&D spending in 2008-2015, according to the recently published Global Innovation Index 2017. But in the European Innovation Scoreboard 2017 we were in the third to last place in the EU.

In the recently published Global Innovation Index 2017 (GII 2017), which analyses 127 economies, Poland has advanced one position from 39th to 38th. At the same time, we were the world leader in the dynamics of business enterprise expenditure on R&D in the years 2008-2015 (increase by 212%). In the case of increased domestic expenditures Poland took third place behind Slovakia and China (107% increase).

According to the report, global expenditures on R&D (GERD) following the 2008–09 financial crisis have varied considerably. "Some countries - such as China, India, Mexico, the Russian Federation, and Poland - did not decrease their R&D efforts during the crisis and have intensified them further after the crisis, with business expenditures on R&D (BERD) also following the same trend. Other countries saw declining GERD and BERD during the crisis, but above pre-crisis levels in 2015" - reads the report.

The authors of the report have explained that these included traditionally high R&D spending economies, such as the United States of America, the United Kingdom, Germany, and the Netherlands, but also Chile and Slovakia.

On the other hand, in the European Innovation Scoreboard 2017, Poland ranks 25th (among 28 EU countries), falling two places compared to last year\'s ranking. Poland is followed by Croatia, Bulgaria and Romania. Despite that, Poland was classified as a moderate innovator.

Partner at Crido Taxand Michał Gwizda noted that in both rankings Poland was behind the Czech Republic, Estonia, Latvia and Slovakia. Croatia and Romania had lower positions. According to Gwizda, in both rankings Poland\'s position is also unfavourable in terms of the number of international patent applications, which can be considered as a performance measure of spending on innovation.

"From the perspective of advisors supporting companies in the development of innovation and acquisition of R&D funding, we are actually seeing a significant increase in R&D&I spending. It is still a pleasant surprise to hear that we are a global leader in the dynamics of this growth. This bodes well for the future. Now we should ensure that the funds are spent in a way that in the long run will really support building an innovative economy" - Gwizda said.

He pointed out that despite the fact that Poland had climbed 11 positions in the overall ranking of the Global Innovation Index in the past five years, in his opinion not all aspects of the situation look optimistic. "In the Innovation Efficiency Ratio, Poland fell 9 places in the last year (from 39 to 48), which is almost a return to the position it had 5 years ago (49)" - noted partner at Crido Taxand.

He added that over the past five years, the overall innovation index for Poland in comparison to the European average increased by 2 percentage points in the European ranking. In 2010 it was 52.8% EU average, while in 2016 it was 54.8%.

"As in the global ranking, also in the European Innovation Scoreboard Polska has seen a decline in some sub-indices, particularly in the area of SME innovation and the cooperation of the SME sector with other players in the field of innovation" - he said.

According to the partner in Crido Taxand, in addition to indicators related to the level of R&D expenditure, the number of patent applications in the international system (PCT) is an important measure of the innovativeness of the economy. "In this respect, Poland had low positions in both rankings - 47th place in GII and of 24th place in the European ranking" - he pointed out.

According Gwizda, a way to improve this indicator may be the so-called Innovation Box - a preferential tax rate mechanism for revenues generated by the commercialisation of patents and other industrial property rights. Such mechanisms have been used successfully for many years in many countries, including the Netherlands, Hungary and the UK. (PAP)