Gdansk students in the finals of NASA competition 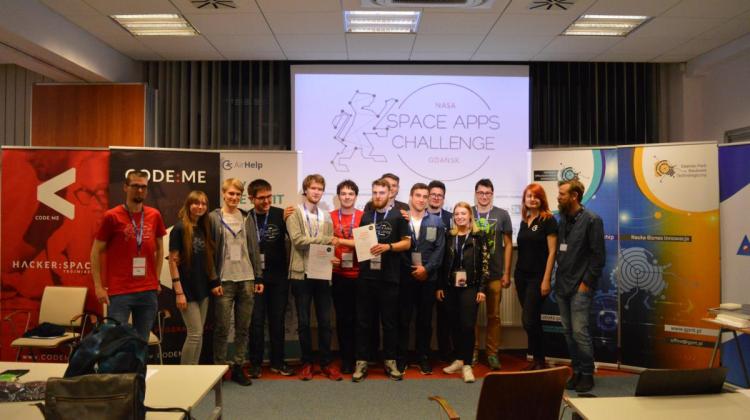 Two student teams from Gdańsk University of Technology qualified for the world finals of the programming competition NASA Space Apps Challenge. One of the projects is also nominated for an audience award. Internet users can vote for it until May 21st.

NASA Space Apps Challenge is a 48 hour international hakaton organized by NASA\'s innovation incubator. The competition was held in 187 cities in 69 countries. Approx. 25 thousand young people participated. In Poland, the hakaton was held in Gdańsk Science and Technology Park. The initiator of the Gdańsk edition of the event was Gdańsk University of Technology student Szymon Krawczuk.

The NBK Solar Energy project is based on a solar panel that can be placed on the surface of water - improving its performance, facilitating transportation and saving space on land. According to the creators, the panel will work with a mobile application, which will allow to buy energy from the panel floating nearby.

In turn, the FireHelper app created by Szalone Dziki is designed to help in the event of a fire: both by alerting firefighters and by helping people find a safe escape route.

The winners received the titles of Global Nominee, guaranteeing their participation in the world finals of the competition. In addition, Szalone Dziki were awarded for the best use of data, and the NBK team won the audience award and the Pomeranian Special Economic Zone Award for the most innovative project.

The apps are now being judged by the competition jury in the United States.

The NBK Solar Energy project is also nominated for the People\'s Choice Award. The team is one of 141 teams from all over the world taking part in this competition. You can vote for the Polish project after setting up an account at https:///1717.spaceappschallenge.org - the vote runs until May 21st.

The strategic partner of the event is the Pomeranian Special Economic Zone, the content partner is AirHelp, and the organizers of Hackerspace are: the Tri-City, the SimLE Science Club from Gdańsk University of Technology and the CODE:ME Foundation. The event is under the patronage of Prof. Jerzy Wtorek - Dean of the Department of the Faculty of Electronics, Telecommunications and Informatics of Gdańsk University of Technology, and the Polish Space Agency.