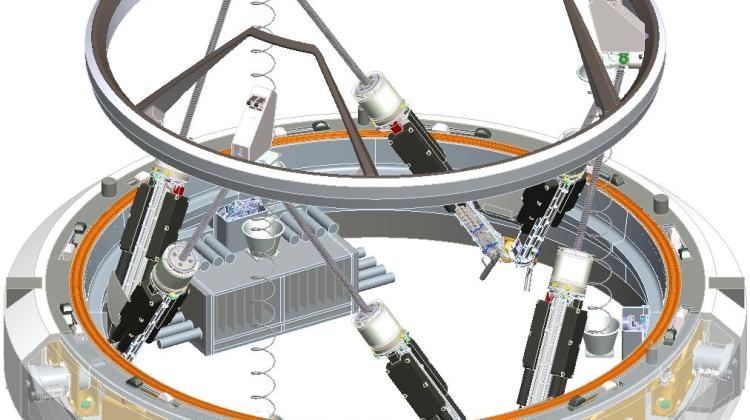 SENER Polska will be involved in the construction of a new docking system for space shuttles that will supply the International Space Station. The shuttles are being developed by Sierra Nevada Corporation, and the system is due to be ready in 2019.

Sierra Nevada Corporation (SNC) is one of three companies, alongside SpaceX and Boeing, which have signed an agreement with the US space agency NASA to provide regular supplies to the International Space Station (ISS). In April, Sierra Nevada Corporation signed an agreement for the delivery of the European IBDM docking system for the new Dream Chaser shuttles with the European Space Agency (ESA) and a consortium of five European companies - including SENER Polska.

"This is a rare case when a commercial partner, an American contractor for NASA, chooses a European solution for their system" - Aleksandra Bukała, CEO of SENER Polska said last Thursday at a press conference.

The International Berthing Docking Mechanism (IBDM) is an innovative docking and berthing system for space vehicles that allows to connect vehicles of varying sizes. It consists of systems that enable capturing and positioning vehicles in the correct position and providing a sealed and rigid connection between vehicles. It is one of the three mechanisms in the world that are compatible with the so-called international standard for docking systems - developed by agencies working with the International Space Station.

In the IBDM project, SENER Polska will be responsible for the design and manufacture of several important components: mechanisms for the connection and disconnection of electrical connectors between the shuttle and the space station, separation mechanisms, sensors for monitoring of docking and berthing, as well as micrometeoride and cosmic debris shields. Polish company is responsible not only for the development of these components, but also for their production. They will be tested in Poland and then transferred to the consortium leader.

According to Bukała, the project is implemented in the form of a public-private partnership. In addition to ESA\'s financial contribution, participating companies invest their own funds, counting on the creation of a commercial product that will be offered on the international space market. The first unit of the IBDM system, according to the SENER Polska CEO, is being funded by ESA, but Sierra Nevada Corporation committed to buying subsequent deliveries of from the European industry. "That makes it a commercial project. Thanks to public support, we are developing the product and then the next units will be profitable for Poland", said Bukała. Other Polish companies and research institutions project will be commissioned to perform about 40 percent value of the Polish part of the project.

The Sierra Nevada Corporation should receive the finished system in 2019. The first launch of the shuttle with the system is planned for 2022.

The last flight of American shuttle - the Atlantis space shuttle - took place in July 2011. carried On board were four crew members and food supplies and equipment necessary for the operation of the ISS. The only country that is currently "shuttling" astronauts to the International Space Station is Russia. Since 2000, Russian Progress vessels have also been delivering supplies to the ISS. In 2012, the first commercial company SpaceX was awarded the supply contract for the ISS.

Sierra Nevada Corporation is the only among the three companies that have signed a contract for regular supplies to the ISS to use with the concept of an improved shuttle for that puprose. Dream Chaser will be capable of landing at any airport that can accommodate a large airplane. The other capsules land in the ocean using huge parachutes.

The leader of the European IBDM consortium is the Belgian company QinetiQ. The company cooperates with SENER Polska and SENER Spain, which are responsible for the hard docking system, as well as the Swiss companies Ruag AG - responsible for linear actuators, and Maxon - responsible for electric motors.