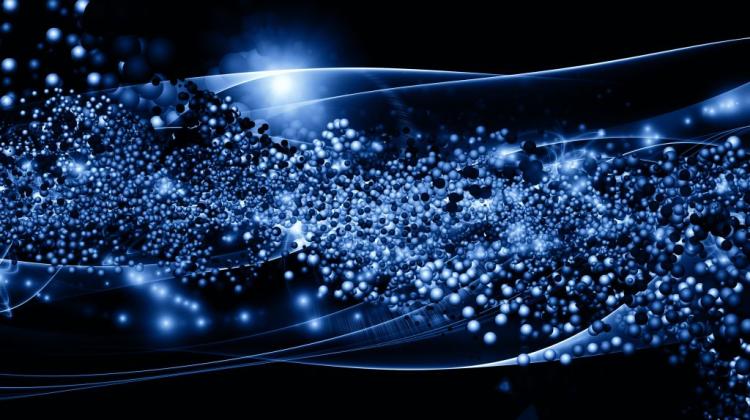 In March, the world heard the news that American scientists had been able to produce time crystals. Polish scientists also participate in research into this new state of matter. A recipe for so-called discrete time crystals had been proposed before by Prof. Krzysztof Sacha from Jagiellonian University.

Anyone who looked at crystals of sugar, cultivated salt crystals on a thread, or admired precious stones, has an idea how regular the structure of crystals is. Their constituents - atoms or ions - are self-organizing, they are arranged in space in a very orderly manner.

Scientists have come up with a crazy idea: there may be groups of atoms that also self-organize, but not in space, only in time - they move in a periodic manner? The first to think about time crystals was Frank Wilczek in 2012. And since that the scientist (of Polish-Italian descent) already had a Nobel Prize, his idea was met with great interest. All over the world, attempts were made to find such bizarre crystals.

Prof. Krzysztof Sacha from the Jagiellonian University also become interested in this topic. Two years ago, he published a theoretical paper, in which he suggested how the so-called discrete time crystals could be created.

Prof. Sacha told PAP that for now nothing was known about the time crystals that would form in systems of multiple atoms prepared in the state of lowest energy, as Wilczek suggested. But as it turns out, atoms can be "motivated" for such periodic actions.

Prof. Sacha came up with the idea of something like a microscopic ping pong bat. Very cold atoms would bounce on it. This would lead to the emergence of two atomic clouds remaining in a very specific superposition - which, like balls, would bounce off the bat in turn. What does it mean? The physicist pointed out that it would be the same as Schroedinger\'s cat that is in the superposition of two states - life and death (simultaneously in each and none of these states). Only when we look into the box (observe), the system will declare in which of these states it is.

This quantum ping pong would be similar. Atoms would not really "know" in which of the two balls they are, and it would not interest them until someone would say "Check!" and decide to investigate where the atoms are located. And then only one of these groups would "materialize". "It would be enough to >>look<< at one atom, and the others would start moving with oscillation about twice as long as the oscillation of the substrate - the bat" - commented Prof. Sacha and added: "When a disturbance occurs, the system falls out of superposition, self-organises and becomes very resistant to disturbances". Thus, according to him, a discrete time crystal can be created. He noted that such a situation could only take place when the atoms are close enough to each other - the interactions between them are sufficiently strong.

According to the physicist - independently from the Jagiellonian University researcher\'s work - scientists from the USA worked based on exactly the same assumption. They, however, proposed a different experiment to show the same mechanism. They induced particles to oscillate by electromagnetic waves. "Only later did they learn of my work" - sighed the physicist.

"If we make a measurement in a traditional spatial crystal at a fixed time, we will see a periodic structure in space. If we take a time crystal, these two dimensions - space and time - must switch their roles" - he said. He added that then we would have to determine the position in space and ask whether the periodic structure is formed in time.

The researcher described what it would looked like in his idea: we set a detector - in a fixed position over the ping pong bat, and check whether it rhythmically clicks - registers particles - with a period twice the length of the movement of the bat. And this would indeed happen. "A new crystal structure appears on the time axis" - said the scientist. He added that such a regular clicking would not occur if the atoms were not associated in any way, and would simply jump freely on the bat.

Prof. Sacha explained what time crystals could be used for in the future. "Ordinary spatial crystals may have different properties. Some are conductors, others are insulators, and we hope that similarly we will be able to produce time crystals with various properties" - he commented. He added that, for example, there was already an idea how to develop a time crystal with insulator properties - Anderson\'s isolator in time.

Time crystals are also a hope for quantum computing, because crystalline particles are immune to disturbances and can be manipulated without destroying their order.