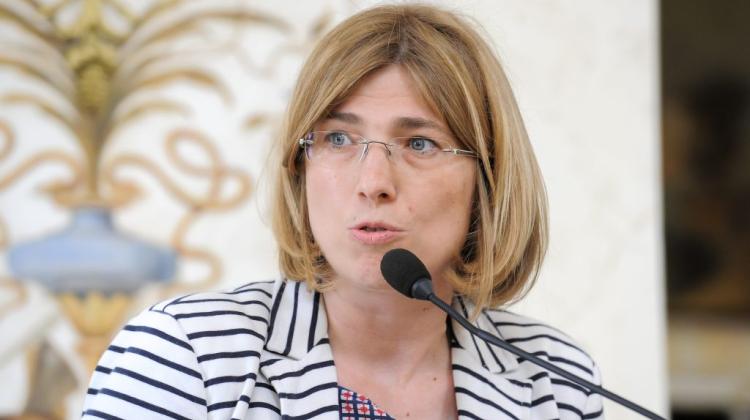 Otylia Trzaskalska-Stroińska from the Ministry of Development, who has been elected vice-chair of the European Space Agency (ESA) Council, is the first ever vice-chair of this organization from a new Member State. The vote was unanimous.

Otylia Trzaskalska-Stroińska serves as deputy director of the Department of Innovation at the Ministry of Development. She is responsible, among other things, for space policy and preparation of the Polish Space Strategy. She has been chair of the Polish delegation to the ESA since 2012.

"The election of Otylia Trzaskalska-Stroińska was unanimous. For the first time vice-chair is a person from a new Member State" - according to the information sent to PAP by the press office of the Ministry of Development.

The ESA Council is composed of representatives of Member States. Each country has one vote in the council. The task of this body is to determine the directions of development of the European Space Agency and the European space industry.

At present the agency has 22 Member States. "Poland is a full member since 19 November 2012. After our country, Hungary and Estonia also joined the ESA" - reads the Ministry of Development release.

Jean-Yves Le Gall of France has been elected chair of the ESA Council and Alice Bunn of the United Kingdom has been elected vice-chair, together with Otylia Trzaskalska-Stroińska. The new chairship starts on 1 July 2017.

Space industry is one of the important elements of the Strategy for Responsible Development. Long-term directions of the space industry development have been identified in the Polish Space Strategy 2017-2030. Earth observation satellite would be built as part of the Polish space program. Satellite observations of the Earth can be used, among other things, for precise monitoring of weather, air and road traffic, and in agriculture for crops planning and monitoring.

"In the Polish Space Strategy it is defined that such a satellite should be built" - Otylia Trzaskalska-Stroińska said in February in an interview with PAP.

The European Space Agency (ESA) was established in 1975. Its mission is to shape the development of Europe\'s space capability. ESA develops rockets, satellites, space probes, terrestrial infrastructure, conducts space research missions (for example, two ESA probes currently orbit Mars, and last year a European probe landed on a comet). In cooperation with the European Union, the agency runs the Galileo project (the European equivalent of the American satellite navigation system). It also runs the Copernicus program and, together with EUMETSAT, pursues meteorological satellite missions.