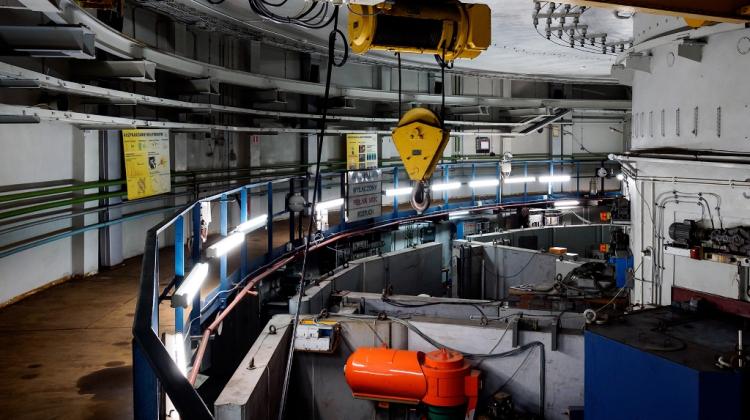 Four modern instruments for neutron research will soon come to the National Centre for Nuclear Research Świerk under the agreement between NCBJ and Helmholtz-Zentrum Berlin. As a result, a modern lab will be established at the MARIA reactor, where experiments can be carried out by Polish and foreign scientists.

Modern equipment for neutron research will be brought to Poland from a nuclear centre in Germany (reactor BER II), scheduled to be shut down. National Centre for Nuclear Research (Narodowe Centrum Badań Jądrowych, NCBJ) signed an agreement to that effect with the Helmholtz-Zentrum Berlin (HZB).

According to NCBJ, the first four instruments will be brought to Poland successively. They will include a diffractometer that allows to measure diffraction of neutrons within a wide solid angle around the tested sample and a diffractometer for studies of mono-crystals. NCBJ also expects to receive a diffractometer capable of generating 3D maps of plane-to-plane distances in the studied crystals. Further negotiations are underway regarding the possibility of obtaining more instruments, including a cryogenic setup for conducting measurements at extremely low temperatures and equipment for conducting experiments in variable environmental conditions.

"Neutrons produced as a result of uranium fission within the MARIA research reactor core exit the reactor via six horizontal channels" - explained Dr. Jacek Milczarek, Head of the NCBJ Nuclear Methods in Solid State Physics Division - "Measuring equipment is installed at each channel. Research includes irradiation of objects with neutron beams, analysis of neutrons scattered on the crystals, allowing to determine the crystal structure, the excitation or geography of distribution of impurities. The equipment currently operated there is outdated, even if a dozen or so years ago our radiographic setup, for example, was among the best in the world. On the other hand, the equipment that we will receive from Berlin has been systematically upgraded" - said Dr. Milczarek

Preparatory work has already started in the MARIA reactor research hall in Świerk near Otwock, where the new equipment will be installed. Instrument elevation must be properly matched to the exits from the reactor\'s horizontal channels, and the machines moving on air cushions require a very well levelled granite slab floor. Moreover, to install the new equipment it will be necessary to dismantle the current measuring instruments and perform adaptation work. NCBJ specialists estimate that the neutron research using the new equipment will commence in three years.

The lab created with the imported equipment will benefit scientists not only from Świerk. The MARIA reactor is one of the few installations of this kind in Europe, and the demand for new materials research using neutron beams continues to grow. The HZB, scheduled to be shut down, has an intensive research program planned until the end of its operations (2019); research is conducted there by scientists from many countries, including Poland.

"We hope that our colleagues from other Polish institutes, including Kraków, Poznań and Białystok, will soon be able to conduct their research in our modern laboratory in Świerk "- said Dr. Krzysztof Kurek, NCBJ Director General. "We want the lab to be available for physicists and engineers from all parts of the world, and support the Polish nuclear technology development programs" - said Dr. Kurek.