Poles show why the motors in the cell are so efficient 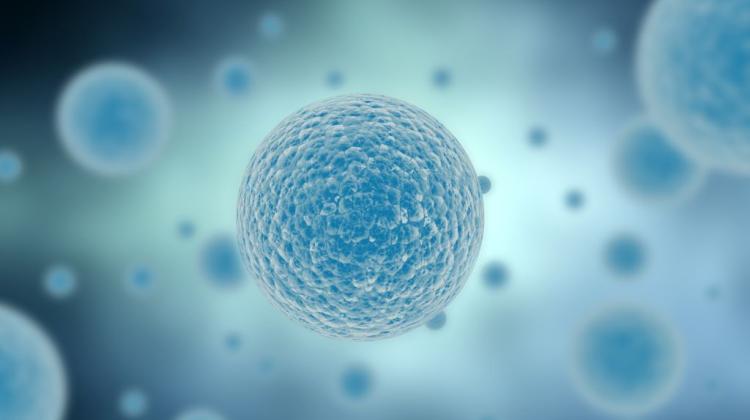 Molecular motors in cells of animals and plants work with amazing efficiency. Researchers from Kraków looked at this and found ... a protein "waiting room". Thanks to it, in a certain section of the respiratory chain energy is not wasted, even during downtime.

In each of the cells of the body there are tiny molecular "motors". They are protein complexes that are part of the photosynthetic and respiratory chain. In humans and animals the tiny machinery is located in the mitochondria, and in plants also in chloroplasts. With this motors we can - with the participation of oxygen - process food into the universal energy carrier - ATP - which is used in the cell to power most of the processes.

Engines in our cells operate with surprisingly high 90 percent efficiency. For now, engineers can only dream of such results. In internal combustion engines, efficiency is only 35 percent. It is possible that the accurate knowledge of engines developed by nature can help build high performance nanomachines.

Researchers from the Poland and the US showed some previously unknown processes, which make one of the types of cellular motors so energy efficient. In addition, it does expose the body to contact with excessive amounts of free radicals, which could occur during breathing. The study appeared in the prestigious weekly journal PNAS.

Lead researcher Prof. Artur Osyczka from the Department of Molecular Biophysics, Faculty of Biochemistry, Biophysics and Biotechnology, Jagiellonian University said in an interview with PAP that subsequent reactions in the respiratory chain should follow each other smoothly. "Sometimes, however, during the complex biochemical processes there is a downtime" - he said. He explained that this may occur when the cell does not have high energy demand - for example physical exertion ends or there is a sudden shortage of oxygen. It might seem that on such halted machinery energy could be "wasted" on powering processes unfavourable for the cell. It turns out, however, that the cellular motor can easily afford such downtime.

In the Polish-American study, researchers focused on mitochondrial protein bc1 and its chloroplast counterpart b6f. Their task is to transfer electrons in the processes driving the formation of ATP. Once a protein receives the electron, but for the moment cannot do anything with it, the electron could escape - for example by reacting with the oxygen present in the cell. This would lead to formation of free radicals in a cell. Their excess is dangerous for the cell.

But it does not happen. "Protein in fact goes into metastable state" - said Prof. Osyczka. He explained that the electron is retained by the protein (it reacts with the so-called metal cofactor in the protein) that the protein is not likely to react with oxygen. At the same time it remains ready to continue to work for the needs of the respiratory chain. "You could say that we have discovered a sort of waiting room, in which the protein waits for a signal to pass electrons on" - said the researcher.

"When everything goes at a normal pace, the electron is held in a kind of buffer for a very short time. But when it has to be held - the buffered state can last much longer" - he said. Researchers from the Jagiellonian University observed that the protein can remain in such a metastable state for several seconds. And that - in comparison with the rate of reaction taking place in the cell (usually micro- and milliseconds) - is a really long time.

"In a recent publication we showed that this metastable state exists not only in animal cells, but also in plant cells" - said Prof. Osyczka. The scientist explained that in the plant world the metastable state occurs more frequently (also because the plant cells produce much oxygen, from the action of which they have to defend). "Earlier models did not provide for the existence of the state that we discovered" - he commented.

Now the team from Krakow wants to study of similar processes associated with the regulation of electron transport in other proteins responsible for the transformation of energy in living cells.

The first authors of the PNAS publication were Dr. Marcin Sarewicz and Łukasz Bujnowicz. The researchers conducted a study together with researchers at Purdue University in the US.