Scientists from Kraków have invented a smart inhaler for asthmatics 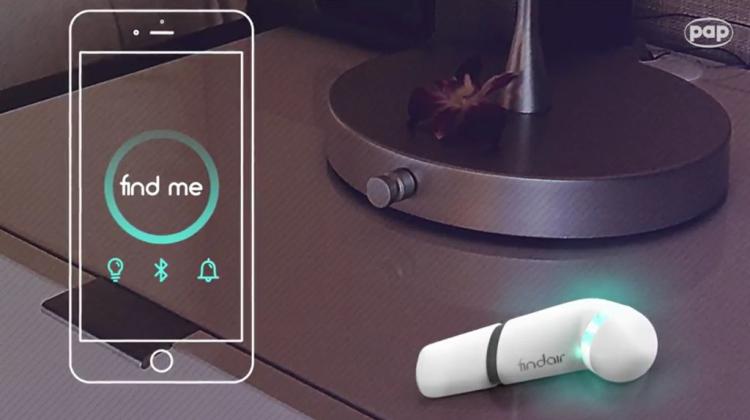 Scientists from Kraków have developed a smart inhaler. By combining the device with a mobile application, asthmatics will find it easier to predict and prevent attacks. In January, the device will be tested on a group of 40 patients. It will become available at the earliest in the spring.

FindAir (the name given to the invention) collects data on the use of the drug and the patient\' health during everyday use. It saves information on each use and sends it to an application that analyses it using special algorithms. On this basis, you can create a personalized image of the course of the disease, as well as get assistance - warning of the coming attack.

The application analyses all the circumstances (including weather factors and allergens in the environment), in which it was necessary to use the drug and on the basis of these data predicts further attacks, giving hints as to their probable cause and how to avoid them, and how to dispense the drug.

Data collected by the smart inhaler will also be useful for the patient\'s physician. They can be extracted in the form of a finished report and shown the doctor during an appointment. As a result, the doctor will not have to rely on what a patient remembers, but instead have access to reliable data on drug use in all situations.

FindAir is an idea of Jack Mikosz, a student of industrial design engineering at Cracow University of Technology. In an interview with PAP he admitted that life inspired him to create the inhaler. "People in my close environment struggled with asthma. When I got my hands on a traditional inhaler, I noticed a lot of imperfections" - he said.

He noted that the current plastic inhalers are devoid of electronics and do not allow to get information about the disease, or predict an attack.

Co-author of the inhaler Michał Czyż, a graduate of Cracow University of Economics, emphasised that the inhaler had been designed for all asthmatics, but it will be easier to learn to use it for a person familiar with new technologies, not afraid to use mobile phones and mobile applications.

40 prototype units are currently being made. In January 2017 they will be tested by patients. "We will instruct patients on how to use the device, and then ask for feedback" - said co-author of the project and brother of the originator of the invention Tomasz Mikosz, Cracow University of Economics graduate.

Young inventors from Kraków see great potential for commercialisation in their idea. Various medical centres are already interested in the invention, but sales could start only after the device has been tested, at the earliest in the spring. "The market is very large, the number of people diagnosed with asthma is estimated at more than 250 million worldwide. Our project focuses on solving everyday problems of patients. We want our device to improve the comfort of their life, and decrease the nuisance of the disease" - concluded Tomasz Mikosz.

Under the program, the inventors received 15 thousand euros to work on creating the best possible business model for their solution, as well as free access to office space and infrastructure in Berlin. Substantial help will be provided to start-ups by specialists from the Berlin innovation incubator.