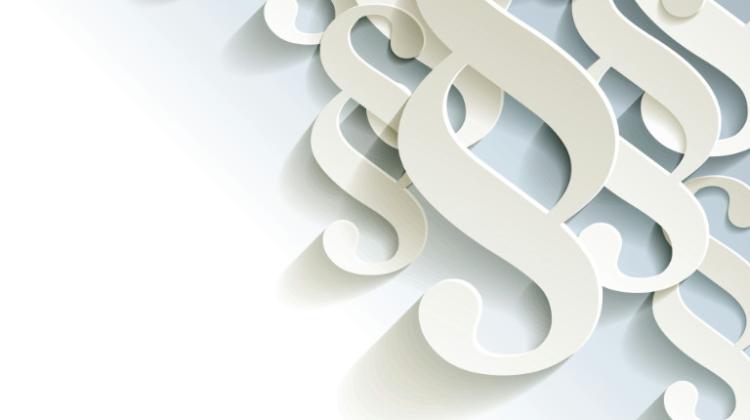 What happens if we try to apply modern concepts of human behaviour - developed through neuroscience and cognitive sciences - in modern legal systems? Prof. Bartosz Brożek reflects on this is his research.

Prof. Bartosz Brożek from the Faculty of Law and Administration at the Jagiellonian University in Kraków explores the relationships between neuroscience and the law. For his research he received the MASTER grant from the Foundation for Polish Science.

IN SEARCH OF THE COMMON PART

At first glance it may seem that the law and neurobiology are the fields of science that do not have a lot in common. Prof. Bartosz Brożek, however, noticed some common elements: "The law applies to human activities. One can even say that its ultimate goal is to regulate the interaction between people. Likewise, cognitive science aims to answer questions about our behaviour, including joint activities". The scientist noted that these disciplines look at human behaviour from different perspectives. "The law tells us how we should behave, and cognitive science - how we actually behave and why" - he said.

OUTDATED VISION OF MAN IN THE LAW?

According to Prof. Brożek, the law must assume certain concept of how the man acts, what motivates him, what influences his decisions and how decisions are taken. "Without such an assumption we would not know how to create effective legal institutions. The problem is that if we look at this vision of human nature assumed by modern law, it turns out that it is based on many anachronisms, proposals that psychologists abandoned decades ago" - said the scientist. In his opinion, it is worth it to look again at some of the assumptions of modern legal systems and think about what would happened if we replaced it with a modern concept of human behaviour - developed thanks to the cognitive sciences.

EMOTIONS DRIVE US, NOT THE MIND

As part of the project, Prof. Brożek wants to look at the fundamental legal institutions, including the construction of a crime in the Criminal Code and the theory of wills in civil law. "Contemporary civil law is largely based on the premise that man - in principle - acts rationally and emotions play a minor role in his decisions. Meanwhile, the image of decision-making drawn by cognitive science is quite different: we usually act based on unconscious decisions based on emotions. Hence the question: what shape would civil law have, if we modernized its foundation?" - wonders the researcher.

Researchers from his team will also consider whether the development of cognitive science can help answer the question of what the law is. "We hope that looking at this issue from the perspective of cognitive science and the theory of evolution will shed some light on this old controversy" - said Brożek. The researcher also wanted to focus on using brain imaging techniques in the judicial process.

LAWYERS ARE PEOPLE TOO

Prof. Brożek admitted that there was already a lot of research that he would analyse in his work. They include experiments and theories on how people make decisions in social contexts. Prof. Brożek also mentioned studies directly devoted to making decisions in legal contexts. "For example, there was a study in the United States on how judges make their decisions. It turned out that those of them (in the courts of first instance) who are in direct contact with the accused and the victims, tend to base their judgments on emotional reactions, while judges of appeal courts who adjudicate on the basis of documents, find it easier to carry out draw rational conclusions and make a decision based on them" - said the scientist. The team of Prof. Brożek will examine how legal education - or expertise - affects legal and moral decisions. "It is worth examining, how judges and lawyers differ from >>mere mortals<< in their decisions" - the lawyer said.

As the main obstacle in his project the scientist mentions the fact that the law and neuroscience use different dictionaries. "Even if lawyers and psychologists use the same word - for example >>guilt<< or >>decision<< - they mean different things. It is crucial for the project to develop an appropriate method of translation of legal terms into neuroscientific terms" - he noted.