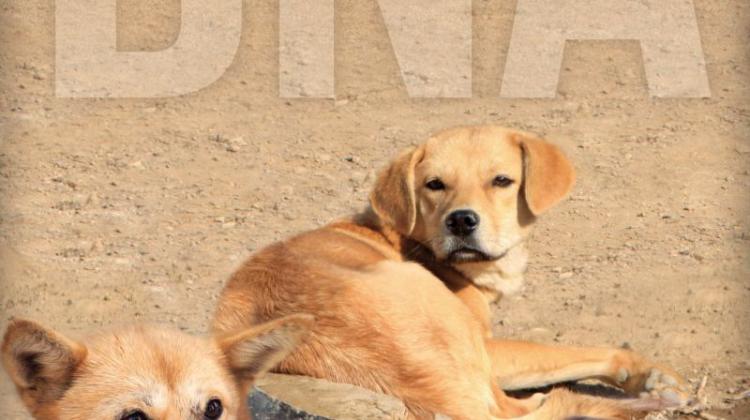 Modern-day mongrels come from East Asia, which does not necessarily mean that that is where their domestication occurred - claim researchers from Poland, UK, Saudi Arabia and Russia in "Proceedings of the Royal Society of London B".

Modern-day mongrels come from East Asia. From there, dogs came to Europe by making gradual expansion through the Central and West Asia. In addition, from East Asia they also spread towards the Middle East - determined international team members, who traced the evolutionary history of domestic dogs in Eurasia.

"This expansion was probably unrelated to the original place of the domestication of dogs, it was secondary and could lead to the substitution of the previous dog population in Europe and West Asia with a new wave of immigrants, or to these two populations mixing" - explained the head of the research group, Prof. Wiesław Bogdanowicz from the Museum and Institute of Zoology Polish Academy of Science (PAS) in Warsaw.

As the professor noted, among many different species of animals accompanying man, dog was the earliest to be domesticated. And despite intensive archaeological and genetic research, this matter is still a controversy. "Because even though most studies indicate that the dog was domesticated in Eurasia, we do not know where exactly it happened. Different papers suggest geographically distant regions, from Europe and the Middle East to Central and East Asia. There is also no agreement when it comes to estimates relating to the time of dog domestication. Depending on the source, this process took place a dozen or over a hundred thousand years ago. It is also unclear whether domestication was a one-off, or it was a number of independent episodes" - reminded Prof. Bogdanowicz.

His team explained the reason for these differences by analysing genetic variation in the whole genome (polymorphisms of than 100 000 single nucleotides) in mongrels from Eurasia (broadly defined region of domestication of dog), and 51 pure breeds from different parts of the world.

The authors of the publication point out that the genetic structure of the population of stray mongrels contains a lot of information on the evolutionary past of the whole group, as it was affected mainly by natural processes (unlike in the case of pure breeds, whose genetic structure is determined by the actions of people who determine which animals may reproduce and match their pairs).

Prof. Bogdanowicz’s team developed a phylogenetic tree - a diagram illustrating the evolutionary links between different dogs, using wolf as the external group. "Groups that were closest to the wolf were breeds originating directly or indirectly from Asia, such as Shar Pei, Shiba Inu, Alaskan Malamute, followed by the non-pure breeds from the same region" - said the professor.

It also turned out that in the past interbreeding occurred between non-pure breed dogs from the Middle East and the local wolves. Such episodes (called hybridisation) could also occur in other regions. These episodes, as well as quite small genetic variation between local populations of mongrels - help explain why genetic analysis of modern dogs did not allow to clearly identify the location of the first domestication of their ancestors - explained Prof. Bogdanowicz.

The researchers also note that after the divergence of the evolutionary lines of wolves and dogs, gene flow occurred as a result of crosses between them. "It may misleadingly suggest that domestication of the dog happened several times, independently of each other. However, little genetic differentiation among populations of mongrel dogs in the whole of Eurasia indicates a single dog domestication event" - emphasised the professor.

The results of the new study allow to integrate previous hypotheses concerning the domestication of dogs - said the professor. "They suggest that modern dogs most likely come from East Asia. But they were the secondary wave of migration, because the primary (ancestral) population of dogs no longer exists. These results also suggest that some breeds of dogs from East Asia and the Arctic are of +Ancient+ origin, and may be the best living representatives of the original gene pool" - he added.

Authors of the publication note that "East Asian origin of modern dogs does not mean, therefore, that East Asia was the original centre of domestication of the dog. However, the results of this study highlight the importance of the region for explaining the complex evolutionary history of this species".

The study was funded by the National Science Centre.