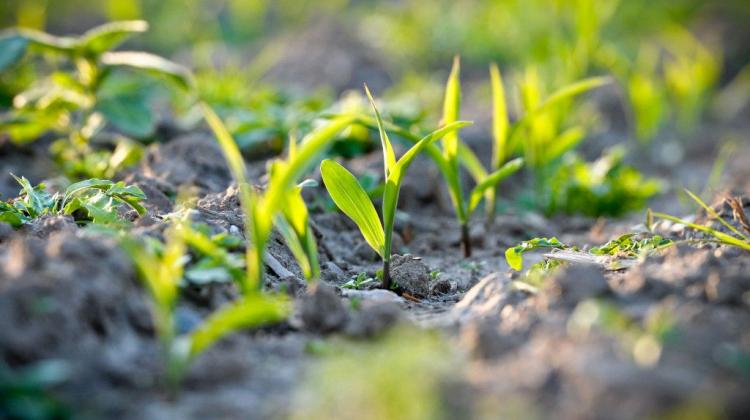 Three research institutes and Polish manufacturer of fertilizers will examine the impact of fertilization in Poland on climate change. The project received funding from the National Centre for Research and Development. The results will help to improve the performance of fertilizers and reduce associated emissions.

The aim of the project is to investigate the effect of fertilization in Poland on climate change. The focus is on the so-called carbon footprint of fertilizers, or the total emission of greenhouse gases into the atmosphere as a result of their production and use in the fields.

"The aim of the project is to measure the emissivity of fertilizers manufactured by Zakłady Azotowe PUŁAWY - from the beginning of the process, that is, from the start of production, to what happens in the field" - told PAP Prof. Wiesław Oleszek, director of the Institute of Soil Science and Plant Cultivation, who is the project coordinator.

For three years, researchers will study the emissions during the production of fertilizers (in Puławy plant) and at the stage of fertilization by farmers. The project participants will test how fertilization affects greenhouse gas emissions. The research will be conducted in a representative sample of farms. After obtaining the results, consortium members will test the low-carbon farming practices that allow to reduce emissions and improve the efficiency of agricultural production. Research at this stage will be conducted in eight experimental sites located in different regions of Poland.

"Today’s emission estimates are based on statistical data of the CSO. So far, we did not have the results of field measurements. This project will allow to obtain such data" - said Prof. Oleszek.

In practice, the evaluation of the emission of greenhouse gases into the atmosphere will apply not only to fertilizers produced in Puławy, but also the main intermediates: ammonia and nitric acid.

In the case of the production of fertilizers, greenhouse gas emissions (causing an increase in temperature of the atmosphere and climate change) are primarily the effects of using natural gas as well as heat and electricity. On the other hand, during the use of nitrogen fertilizers on the fields, a very potent greenhouse gas, nitrous oxide, is released into the atmosphere. Measurements of its emissions from production fields require very sensitive instruments and have not been carried out on a larger scale in Poland - noted Kulik.

The consortium will also prepare a special web-based platform devoted to these issues. Test reports will allow to improve the performance of fertilizers.

Prof. Oleszek noted in an interview with PAP that when it comes to sources of greenhouse gas emission into the atmosphere, agriculture ranks third, just after the energy and transport sectors. When signing the contract for the project he said, in turn, that scientists implementing the project want to help in the implementation of advanced low-emmission agricultural practices and promote the sustainable use of fertilizers. "This research will help to develop the certificates for the use of fertilizers in these practices. In a more general sense, the results of the research will be the basis for programming the Polish agricultural policy in terms of climate action and for the improvement of methods for estimating emissions in the national system" - he emphasised.