Scientists are modifying a sedative to treat schizophrenia 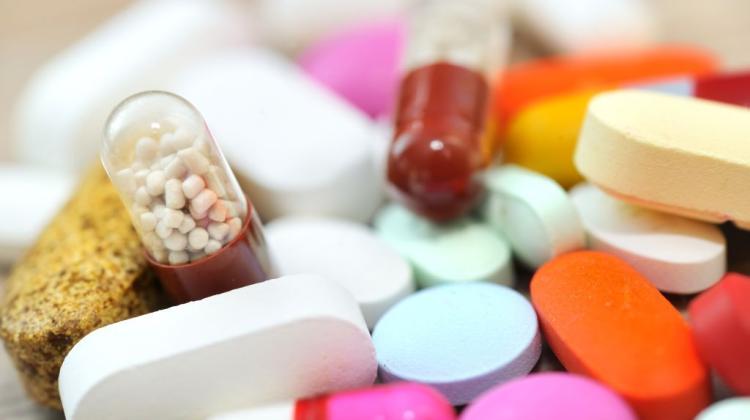 A well-known hypnotic drug may prove an effective remedy to the problems of schizophrenics. It does, however, have one drawback: its action is limited to only two hours after administration. Researchers from Krakow want to modify its properties to adapt it to the needs of schizophrenics.

"Schizophrenia is a mental illness that affects about 1 percent of the world population. The patients hear various voices, sounds that cause fear and anxiety. They gradually withdraw from society, unable to function normally in it" - said Dr. Monika Marcinkowska from the Jagiellonian University Medical College in Kraków.

Modern medicine has drugs that contain the symptoms and suppress voices. They are so-called antipsychotics. However, they are not perfect, because in 30 percent patients they do not work at all. They also have many adverse effects, due to which as many as 40 percent of patients reject pharmacotherapy.

One of the drugs administered to patients with schizophrenia is olanzapine. "When it reaches the brain, it acts on receptors: it inhibits voices and delusions and patients. But it also binds with many other receptors, causing adverse effects: bound with one receptor results it causes blood pressure drops, with another - sexual dysfunction, another - weight gain, and yet another - memory disorders" - explained Dr. Marcinkowska.

So scientists are looking for new therapeutic solutions, different from the ones currently used to help schizophrenics. But - as Dr. Marcinkowska explained - discovery and marketing of a new drug to market takes about 15 years, and an estimated cost of the process is approx. $ 1 billion.

The laborious and lengthy process of discovering a new drug can be expedited by using an existing, already known drug for a whole new purpose. This is the objective of the team led by Dr. Monika Marcinkowska. "Recently, our colleagues from the Institute of Psychiatry and Neurology in Warsaw have discovered that a known hypnotic drug zolpidem administered to experimental animals at very low doses, causes an antipsychotic effect" - explained the researcher.

Symptoms of psychosis can be induced in rats by giving them certain substances, such as amphetamines. "Animals enter the so-called hyperlocomotion state. Then, the test substance is administered - in this case, zolpidem - and the effect of reversing the hyperlocomotion is investigated. These are standard pre-clinical tests that are performed to evaluate the effectiveness of potential antipsychotic drug" - Dr. Marcinkowska told PAP.

There is only one small problem. Zolpidem acts in the body for only two hours. This is definitely not enough. "The short term effect, which is the advantage for a sleep-initiation drug, is disadvantageous for use in the treatment of schizophrenia" - emphasized the researcher.

Her research team developed a number of modifications so the chemical structure of the drug hypnotic that should lead to the creation of "a new and improved zolpidem". The acting time will be adjusted to the needs of people with schizophrenia. The drug will not have as many adverse effects as olanzapine, because it binds with only one receptor in the brain. "Drug activity can be prolonged by modifying the chemical structure. Certain chemical groups are removed, and new ones are introduced" - explained Dr. Marcinkowska.

For researchers it will also be very important to check whether the chemical modifications improve the solubility of the drug in water. "Why is this so important? Drugs entering the body are transported to the brain with blood. Blood is 90 percent water. For that reason, solubility is very important for the expected pharmacological effects of the drug" - noted the researcher.

On the implementation of her research project she received PLN 120 thousand in the Inter competition of the Foundation for Polish Science.