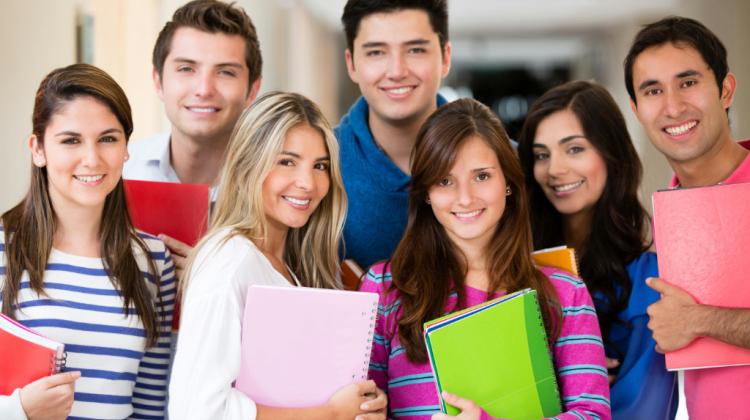 The Interstudent contest organized by the Perspektywy Education Foundation, is addressed to foreign students studying at Polish universities, at the undergraduate, master\'s and doctoral level. The competition is open to students of public and private universities, studying in Polish and foreign languages. In order to participate in the competition, candidates must be active in the local student community - including cultural, social, environmental, sporting activity; candidates should demonstrate that they promote multicultural ideas, are in good academic standing and participate in interesting research projects.

Winners in three categories (Bachelor studies, Master studies, PhD studies) will be selected by the jury; additional awards may also be granted. In this year\'s edition, Internet users may also select their winner by voting for the candidate on the website.

The winner of the public vote will receive the Special Award of the Academic Community.

In the Bachelor studies category, the nominees are: Darkhan Balabekov from Kazakhstan, Daryn Brazhnyk from Ukraine, Bharat Dhingra from India, Cristina Rodriguez Alvarez from Spain, Mayia Samuilik from Belarus and Vitaliy Smygur from Ukraine.

The best MA students are: Tinatin Akhvlediani from Georgia, Maqdad Alsaif from Saudi Arabia, Leif Hynnekleiv from Norway, Ana Ivanova from Lithuania, Gabrielle Karpinsky from the US, Mohamed Mahmoud of Egypt, Kenta Nishimaki from Japan, Martin Rath from Germany Michal Reid from Canada, Ramprasad Sethuraman from India and Tanja Tomaschko from Germany.

In the PhD studies, the competitors are: Mohammed Alsarraf from Iraq, Hugues Gentillon from Haiti, Ghanshyambhai Khatri from India, Olena Kulykovets and Natalia Tomczewska-Popovych from Ukraine.

According to the organizers of the competition, in this edition of the task of the jury was extremely difficult. After the initial selection, it turned out that more than 120 candidates met the requirements of the contest. 43 universities have sent applications. Ukrainians (45 persons), Belarusians (9) and Indians (7) dominated, but they were also candidates from Albania, China, Haiti, Malaysia, Kazakhstan, Brazil, Israel, Italy, Russia, U.S., Canada, Germany, Lithuania, Portugal, Pakistan, Romania, Serbia, Japan, Egypt, Estonia, Saudi Arabia, Iran, Iraq and Uzbekistan.

All proposed candidates exhibit an above-average activity and social sensitivity. They organize charity events, take an active part in the scientific life, create movies, organize festivals, help colleagues adjust to life in Poland. "They are fantastic young people who greatly contribute to our academic life" - emphasizes the president of the Perspektywy Education Foundation, Waldemar Siwiński.

The final gala of the Interstudent contest will take place on January 22 during the conference "International Students in Poland 2015" in Lublin. The winners will receive prizes, trophies and certificates. An additional distinction will be the popularisation of the winners and their schools in the monthly educational journal Perspektywy.

According to the Perspektywy Education Foundation report published in April, in Poland there are nearly 36 thousand international students from 149 countries, about 23 percent more than in the previous year. The largest group, more than 15 thousand, are the Ukrainians.