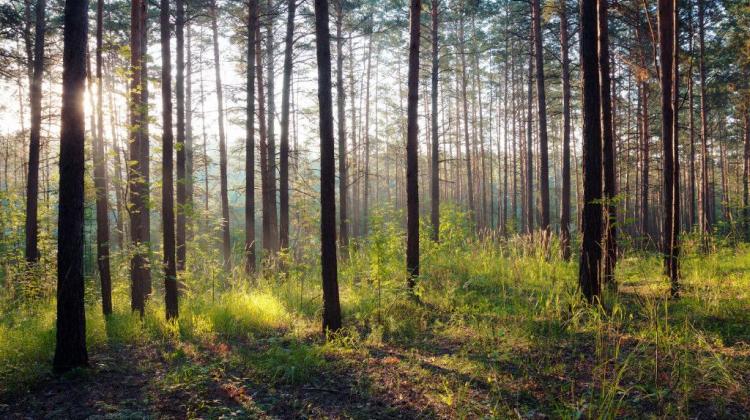 Native of the north-eastern parts of the US, tasty Boletus projectellus brought at the end of the twentieth century to Lithuania, is spreading in the north Poland. It might push out our native forest mushrooms, according to research carried out by Dr. Marta Wrzosek from the University of Warsaw.

This mushroom is very common in the eastern states of the US. Western edge of its range is Michigan, and in the north - Canadian New Brunswick. As an invasive species it appeared in Lithuania, Latvia (where Latvian Mycological Society selected it the "Mushroom of the Year 2014"), Taiwan and even Madagascar.

Unlike the squat Polish king bolete (Boletus edulis), Boletus projectellus is much taller (it resembles the long-legged Leccinum). In January 2014, President of the Polish Mycological Society Dr. Marta Wrzosek requested that the Commission for Polish naming of Mushrooms, operating at the Polish Mycological Society, to create a Polish name for the American Boletus - borowik wysmukły (slender boletus). The name has been approved.

Boletus projectellus has orange cap with a characteristic "frill" on the rim, and yellow or red-brown stem. Features given in the official description allow to clearly distinguish it from other boletes. The cap is convex, never completely flattening, wide and quite thick with dry, smooth, reddish skin with a slightly velvety texture that creates a frill hanging on the edge of the cap. Cross section of a mushroom has a pinkish shade that does not turn blue due to oxidation. Narrow tubes are bright yellow to yellow-green. To thrive, it needs the presence of pine trees, with which it forms symbiosis - mycorrhizal association. Polish pine trees associate well with the American bolete.

Boletus projectellus is an invasive species, occurring on the Baltic coast. Three positions are known at the moment (two near Białogóra and one near Lubiatowo Dune). The locals call it "heather boletus".

Mushroom pickers are not worried by the Yankee boletus invasion - they pick buckets of the mushroom during the season. These mushrooms have a pleasant smell and are very tasty.