Experts: antibiotics should be available only on prescription 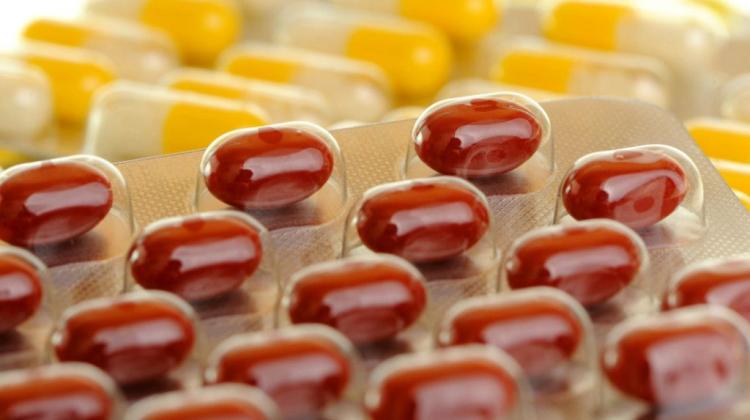 Antibiotics should be available only on prescription. Meanwhile, in many countries, including Poland, their sale is not controlled - alarmed experts at a press conference in Warsaw.

The meeting was organized on the occasion of the European Antibiotic Awareness Day on 18 November. This year, it is dedicated to self-treatment, which is one of the main reasons for the increasing antibiotic resistance of many bacterial infections.

"Unless action is taken, we risk the return to the pre-antibiotic era, which means that it will be impossible to perform important medical procedures, such as orthopaedic surgery, organ transplants, chemotherapy in patients with cancer, and other medical procedures" - warns the World Health Organization ( WHO) and the U.S. Centers for Disease Control (CDC) in Atlanta.

Prof. Waleria Hryniewicz of the National Medicines Institute in Warsaw stressed that antibiotics should be available only on prescription, while Poland is one of the few countries that allowed to use furagin without prescription. "I fear that the consequences will be severe" - said the expert.

In other countries, situation is even worse. According to Dr. Marta M. Wróblewska from the Medical Microbiology Department, Medical University of Warsaw, antibiotics are available without prescription in countries such as Ukraine, Georgia and India. Aside from f Europe and the United States, in various countries 20 percent to as much as 100 percent antibiotics are sold without prescription.

"This procedure of selling these drugs promotes their abuse" - emphasised Dr. Wróblewska . The more that antibiotics are becoming less expensive, because alternatives (generics) are now available. This, in turn, means that more bacterial infections are resistant to treatment. Examples are multi-resistant coliforms, which can be fatal in 30-50 percent infected patients.

Patients abuse even those antibiotics that are available only on prescription; they take the drugs remaining from their previous treatment. Also, they stop taking them too soon, right after symptoms have subsided, but before the micro-organism that caused the infection has been removed.

"This self-treatment is unacceptable" - warned Prof. Hryniewicz. Antibiotics should be used only as doctor ordered, but 5-10 percent patients take them without consultation. In addition, patients do not take these medications as they should, that is, in the right dose, at a specified time and for a prescribed period of time. And if you do not, concentration of the drug in the body is too low, some bacteria survive and acquire immunity.

The experts admitted that also to blame are doctors who too often are pressured patients, who demand an effective antibiotic. As a result, these are often prescribed unnecessarily for viral infections, on which they do not work, for example, colds and flu, and sore throat. Only in 15 percent adults with upper respiratory tract infections there are indications for use of antibiotics, yet 70 percent patients receives them.

Acting chief sanitary inspector Marek Posobkiewicz stressed that if the patient has no symptoms of a bacterial infection, then giving him an antibiotic is a mistake. He added that their abuse in livestock (for increased muscle mass) also contributes to the bacterial resistance to these drugs. Then are transferred to people with meat food or in direct contact with the animals.

As a result, there are more and more so-called superbugs resistant to many antibiotics. These include micro-organisms such as methicillin-resistant Staphylococcus aureus (abbreviation MRSA), vancomycin-resistant enterococci (VRE) and Gram-negative bacteria. They cause serious wound, heart valve and blood infections.

In the European Union, 25 thousand patients die every year due to infections caused by bacteria resistant to many antibiotics, and in the United States - 23 thousand. Soon, many strains of bacteria may be resistant to most available antibiotics - alert specialists.