Underwater archaeology is not only wrecks, but also submerged landscapes 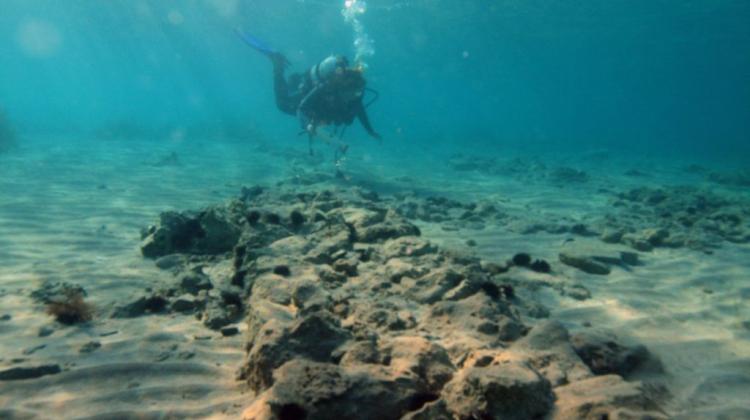 Underwater archaeology is not only shipwrecks filled with gold that feed our imagination. It is also submerged landscapes, the whole worlds flooded by the rising waters of the World Ocean, Dr. Przemyslaw Krajewski, archaeologist at the University of Szczecin said in an interview with PAP.

Dr. Przemyslaw Krajewski from the Department of Archaeology, University of Szczecin reminded that underwater archaeology deals with historical monuments, which are under the water. The focus of research have long included wrecks lying at the bottom of bodies of water. But that’s not the end - this field also includes nautical archaeology, dealing with objects related to the life of man in the aquatic environment, e.g. ports, piers or bridges. Underwater archaeology has recently focused on so-called submerged landscapes, environments flooded by rising sea levels.

According to Krajewski, monuments at traditional, terrestrial archaeological sites suffer various decaying processes, for example items made of wood, bone or antler decay, and metal objects are destroyed by corrosion. Archaeologists say then that "post-deposit processes result in the reduction of the cognitive value of archaeological sites". Often, the result is total destruction of many categories of objects, for example at Mesolithic often only flint and stone artefacts are found.

"This information is incomplete, these are just fragments of rich material culture of the peoples of that time. It is difficult to understand the culture based only on flint objects" - noted Krajewski.

"The situation is quite different when we are dealing with a site that was quickly flooded with water" - said the expert. "In the benthic zone, with mud and lack of oxygen, decomposition of organic materials is very often inhibited. In such environment, objects made of materials such as bone, antler, wood and leather, and even lime or wicker are very well preserved. We find sensational objects in excellent condition, ones that would not have a chance of being preserved at a land site" - he explained.

The circumstance which in the past caused flooding of areas inhabited by humans, was the progression of the Baltic Sea coastline. According to Krajewski, the development of the Baltic Sea started from the group of small lakes located by the Scandinavian glacier 12-11 thousand years ago. The first phase of this development was associated with the melting of the ice - the Baltic Sea was supplied with huge masses of water. This led to a rapid rise in the sea level and flooding of low lying areas. The Baltic Sea level rose even by 100 meters, and its southern coastline moved several kilometres inland. Flooded areas are now called submerged landscapes.

"The phenomenon of transgression, the flooding of land by the sea, had to affect man, who has been present in Western Pomerania for at least 10 thousand years" - said Krajewski. "These early hunters and gatherers consciously chose areas that could provide diverse food. The coastal zone offered excellent conditions in this regard. Failure in the hunt could be compensated with catching fish or collecting edible clams. However, we must remember that the camps or settlements that had been by the see few thousand years ago, are not under water at depths ranging from a few to several meters" - said Krajewski.

According to the archaeologist, the submerged landscape studies are interdisciplinary, they involve experts in various fields. In addition to archaeology deals, these fields include paleogeography (dealing with the location of the ancient land and ocean) with supporting sciences, as well as oceanography and marine geology. The researchers are seeking answers to questions about the time, scale and the course of flooding of land by the sea, but also traces of human activity.

The starting point of the joint research was the forest flooded by the Szczecin Lagoon about six thousand years ago, discovered by research team led by Prof. Ryszard Borówka. "In the Late Neolithic, there was intensive settlement in these lands. We should expect to find traces of this settlement also in flooded areas" - believes Krajewski.

"We hope that this will be the beginning of the study, which in the future will allow to +rewrite+ Stone Age archaeology in Pomerania. Previous studies are obviously based on sites explored in the zone set by the current shoreline. Meanwhile, efforts should be made to obtain information about human activities on the shoreline of the period. (...) This image of the era will be much closer to reality than what we know today" - said Krajewski.

The research of scientists from Szczecin is a part of a wider project funded by the EU, called Submerged Prehistoric Archaeology and Landscapes of the Continental Shelf (Splashcos). The participants are scientists from all over Europe, including Portugal, Ireland, Estonia, Turkey and Malta. The project objective is the cooperation between archaeologists, paleogeographers and marine geologists involved in the studies of the European shelf, part of the continent flooded with waters of a shallow sea.