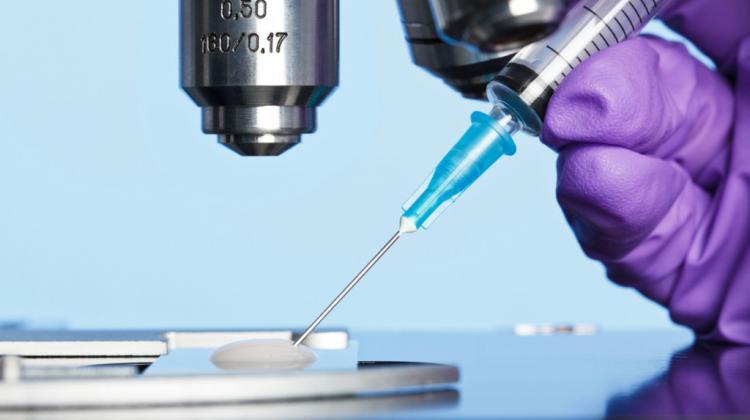 Co-creator of the "cancer vaccine" Dr. Jacek Jemielity together with chemists and biochemists from his team and Polish immunologists founded ExploRNA Therapeutics, a spin-off of the University of Warsaw. The company aims to bring inventions of Polish RNA modification experts to the higher technological level.

The company has acquired the intellectual property of the University of Warsaw on a commercial basis and will use it to develop new types of therapies based on chemically modified mRNA. For now, researchers have focused on cancer.

"We will try to verify our new mRNA modifications in animal models and then in clinical trials" - explains Dr. Jacek Jemielity, biochemist and associate professor at the Centre of New Technologies of the University of Warsaw.

Researchers have to acquire funds to carry out pre-clinical phases. One option is to gain support from investors involved in the commercialisation of scientific achievements.

Dr. Jemielity patented his findings associated with the modification of the 5´ end of the mRNA. After patenting and publishing the results, the scientists started cooperation with the German company BionTech. The Polish solution worked well in animal studies and then in clinical trials on patients. This led to the developments of so-called cancer vaccines. They are designed to stimulate the patient`s immune system to fight many types of cancer. More on this on Science in Poland - here.

The "cancer vaccine" is in advanced stages of commercial clinical trials. Currently, the Polish team is working on further chemical modifications of mRNA and on the mRNA visualization in cells and in living organisms.

"Our goal is to obtain the highest possible amount of therapeutic protein with as little mRNA as possible. Sometimes this protein is supposed to teach cells to destroy, as in the case of cancer. But sometimes it is supposed to be a protein the cells are lacking - for example in neurological and cardiovascular diseases. There are also approaches that aim to use mRNA in genetic diseases. It is a huge area of research" - says Dr. Jemielity.

Further inventions of his team are already in the process of obtaining patent protection in various countries around the world.