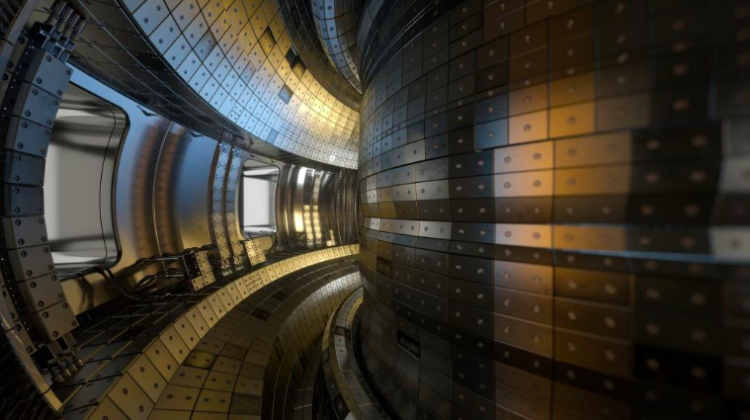 Polish scientists help to harness the energy of stars on Earth. Researchers from the Lodz University of Technology are involved in the creation of the ITER Tokamak - an experimental thermonuclear reactor that is being built in France. This is one of the most expensive scientific investments in the world; to date, it has absorbed over 18 billion euros.

The ITER reactor construction project in the south of France is expected to be the basis for future fusion power plants.

The ITER reactor is a tokamak - a device that allows for a controlled thermonuclear reaction. Such reactions occur in nature - they are (in addition to gravitational energy) one of the main sources of star energy. According to experts, the construction of a reactor in which similar reactions can be run will help solve the problem of producing clean electricity. In practice, this means that in the future, tokamaks can be used to generate electricity without affecting the environment.

ITER - the largest tokamak to date - will allow to obtain a positive energy balance for the first time in history. This means that it will produce more energy than it will consume, says Dr. Dariusz Makowski from the Department of Microelectronics and Information Technology, Lodz University of Technology.

"In the case of ITER, it is planned to obtain about 500 MW of energy as a result of supplying 50 MW, but in the future this efficiency can be significantly increased. I think that thermonuclear fusion will allow to generate as much or more energy than the current nuclear power plants" - adds Dr. Makowski, who coordinates the project for the Lodz University of Technology.

ITER will not operate as a power plant; it is a typically scientific demonstration project. It will be used to explore the possibilities of producing energy using a large-scale controlled nuclear fusion.

"The main principle of its operation is based on copying the processes that take place on the Sun and produce energy in huge quantities. ITER will have a deuterium and tritium input fuel, from which heavier elements (helium) will be produced in thermo-nuclear reaction along with huge amounts of energy, which can be used to produce electricity. Ultimately, our goal is to avoid producing radioactive waste that nuclear power plants generate" - says Dr. Makowski.

According to the head of Department of Microelectronics and Information Technology, Prof. Andrzej Napieralski, the use of such solutions resembles a situation in which the Sun`s energy would be transferred to Earth. "The goal is to ensure that coal and crude oil are no longer needed, but instead the energy generated on the Sun can also be generated on Earth" - he adds.

A tokamak (a device with toroidal coils), which uses a powerful magnetic field to confine a hot plasma, is needed to obtain a controlled nuclear fusion. "Plasma with a temperature of 200 million degrees Celsius circulates in the magnetic field and thanks to this fusion, synthesis is possible. Our role is to monitor this process so that the plasma does not touch the walls of the chamber" - adds Prof. Napieralski.

According to the scientists, the EU, the US, Japan, South Korea, China, Russia and India are involved in the construction of ITER.

Researchers from the Lodz University of Technology have been participating in the project since 2010. They are developing IC (Instrumentation and Control) subsystems, ensuring stable control of the tokamak, guaranteeing work safety, plasma diagnostics, and allowing to carry out physical tests.

The more serious challenges of the researchers include developing a methodology for designing diagnostic systems and supplying complete electronic systems and software.

"Our tasks include the development of requirements for these diagnostic systems, preparation of project documentation, design, implementation, development of low-level and high-level software, and finally test cases, tests and operating instructions that we must provide for ITER" - explains the project coordinator from the Lodz University of Technology.

The most important part of the instrumentation and control system is data acquisition system that receives signals from several dozen thousand digital and analogue sensors. In the case of ITER, approximately 100,000 analogue values will be measured, including temperature, flow velocity or plasma electron density.

Building such a variety of measurement systems is a challenge that requires using the latest real-time data processing technologies such as FPGA (Field Programmable Gate Array), GPU (Graphics Processing Unit) and CPU (Central Processing Unit) processors and a flexible hardware platform that allows for the integration of diagnostic and data processing systems.

"Our task is to develop a methodology for designing such systems, starting from electronic systems, printed circuit designs, interfaces, FPGA software, which allow to record images and analogue signals such as temperatures measured inside the tokamak - and finally, plasma control and maintaining it in stable conditions" - the scientist says.

Plasma diagnostics also require vision systems that use cameras and detectors operating in a wide range - from visible and infrared to gamma radiation.

"Vision systems observe plasma with ultra-fast 200,000 FPS cameras. In this case there is also a number of challenges due to the huge amounts of supplied data. One camera transmits about 8 GB of data per second and there will be around 200 such cameras in the ITER project. This means huge amounts of data that need to be processed in real time" - says Dr. Makowski.

Tokamak diagnostic systems will be supplied by various countries participating in the project. Therefore - according to scientists - to ensure their compatibility, it is important to use standardised methodology for the construction of control, data acquisition and processing systems.

According to the researcher, nuclear fusion is the future of energy on Earth, but it will not be implemented soon. In the case of ITER, the first plasma ignition is scheduled for 2025, and that the tokamak should reach the target parameters in 2035.

"The first fusion power plants are planned for the years 2040-2050. We hope that it will be possible to replace already worn-out nuclear power plants with new power plants based on thermonuclear fusion" - concludes Dr. Dariusz Makowski from the Lodz University of Technology.