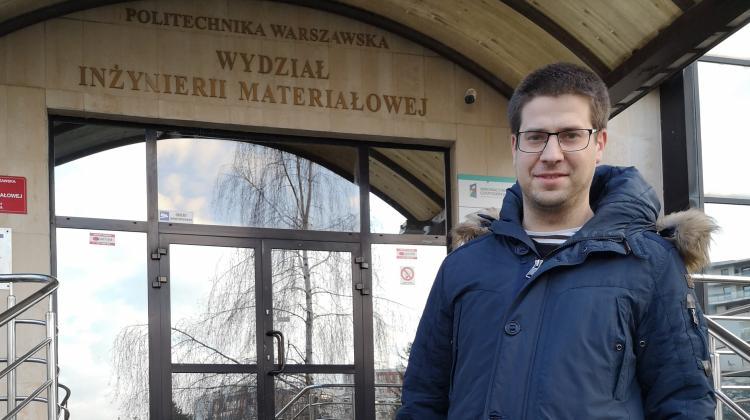 Scientists, including Polish researchers, have developed a new, strongly radiation-resistant material. It can revolutionize the design of structural elements of fusion reactors.

A group of experts led by Dr. Jan Wróbel from the Warsaw University of Technology participated in the work of an international team, whose results were presented in the prestigious journal "Science Advances". The work of Polish researchers was financed by the HOMING programme of the Foundation for Polish Science.

The researchers tackled one of the major technological problems associated with nuclear energy. It consists in the fact that construction materials degrade under influence of radiation. The solution to the problem may be the application of high entropy alloys characterised by more randomly distributed atoms. It is a new class of materials that are formed by mixing four or more elements in similar proportions. Molten components have a unique microstructure and unique properties, reads the Foundation for Polish Science release sent to PAP.

According to the latest research published in "Science Advances", the high entropy W-Ta-Cr-V (tungsten, tantalum, chromium, vanadium) alloy is extremely resistant to radiation and retains excellent mechanical properties. Therefore, this material is an attractive candidate for use in structural components of future nuclear or thermonuclear fusion reactors.

Researchers tried to understand how atomic ordering and the basic properties of alloys depend on the concentrations of individual elements and on temperature. Dr. Jan Wróbel`s group explained why phases with increased content of vanadium and chromium atoms formed in the alloy.

Due to the enormous number of possible combinations of both selection and concentrations of elements, it was not possible to experimentally test all combinations of alloys. That is why Polish scientists created a theoretical model. It combined computational methods based on quantum mechanics with statistical methods.

"The model created by my team (...) has shown that in the W-Ta-Cr-V alloy there is a strong tendency to attract between V and Cr atoms, which is the reason for the separation of V-Cr phases experimentally observed by our US colleagues. In addition, computer simulations carried out systematically in a wide range of concentrations and temperatures can contribute to finding the optimal composition of the alloy, which may potentially have even better properties than the one described in our publication" - says Dr. Wróbel.