To protest - that sounds magnificent! Studies of social psychologists 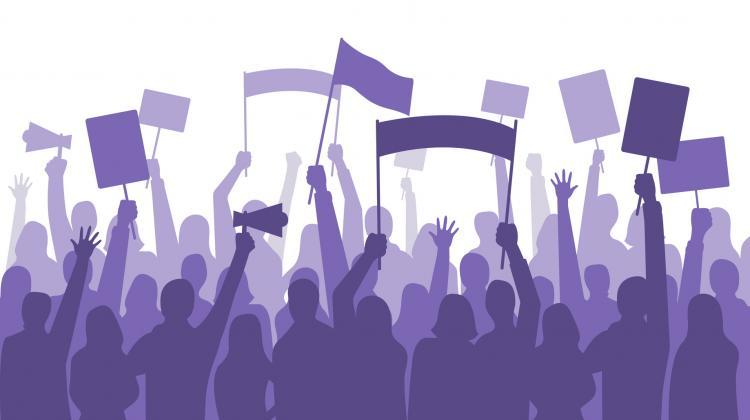 Social psychologists researched the sense of pride, importance and strength that participants in the protests in Poland draw from their involvement. They analysed motivations the participants of the Committee for the Defence of Democracy protests, Black Marches and protests against logging in the Białowieża Forest.

Researchers from the Institute of Psychology of the Jagiellonian University and the University of Maryland in the US looked at the protests that have taken place in Poland in recent years. These included the Committee for the Defence of Democracy protests, the Black Marches, protests against logging in the Białowieża Forest and the strike of resident physicians. In total, almost 2.5 thousand people participated in the study. Researchers wanted to check what motivated people to participate in such gatherings. The results of the study funded by the National Science Centre were published in The Journal of Social Issues. Samuel Nowak from the Jagiellonian University informed about the results in a release sent to PAP.

"Our intention was to investigate what motivated people to commit to a given cause. Unlike in previous studies, we did not limit our research to motivations based on negative emotions such as feelings of indignation or rage. We were interested in positive emotions resulting from involvement in a social matter considered important. In particular, we studied the sense of pride, importance and strength that the participants of the protests drew from their involvement" - said Dr. Katarzyna Jaśko, who, along with Dr. Marta Szastok, is the lead author of the publication.

The researchers note that mere disagreement with the surrounding reality is not enough to become involved in protests. The great power of social movements is that they are able to turn resistance into action for a positive change. "Our research confirms that the movements with the greatest potential are the ones that that not only protest against the political reality they disagree with, but also offer an alternative vision of the world we can live in" - sums up Dr. Joanna Grzymała-Moszczyńska.

The results of six studies showed that the more important the issue was for the respondents, the greater sense of meaning they drew from their activity for the selected cause. Such people were more willing to commit themselves to this cause also in the future.

Negative motivations associated with the sense of being neglected or treated with disrespect by the rulers were not equally strongly connected with the willingness to commit to a given cause. "This contradicts intuition that tells us that only frustration and dissatisfaction push people to become involved in politics" - comments Dr. Szostok.

Dr. Joanna Grzymała-Moszczyńska says that research will be developed. "At the moment we are working on developing research results on the willingness to become involved in the vision proposed by radical leaders. We are seeing a similar pattern of results - the more we support a cause, the more sense of significance we get from the commitment to a given leader and the more we are willing to sacrifice for that leader" - she adds.