Expert: We can expect a dynamic development of wearables 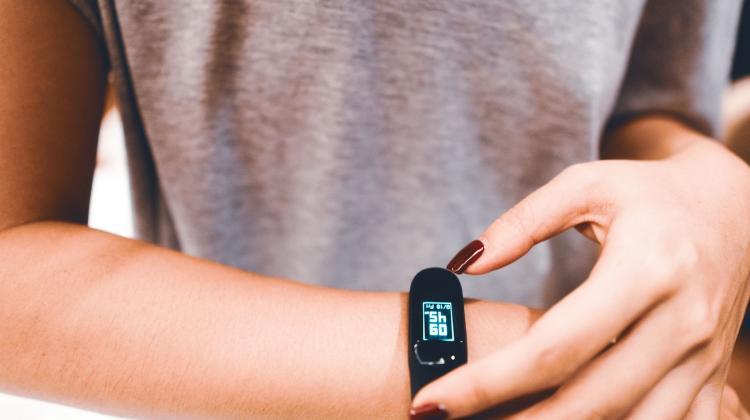 In the coming years, we can expect completely new features available on the market of wearables (wearable technologies), improved technical parameters of wearables, new daily use objects with similar features, believes Dr. Dominika Kaczorowska-Spychalska from the Faculty of Management at the University of Lodz.

In her analysis, the expert emphasizes that wearable technologies - colloquially called wearables - are becoming not only popular gadgets, but also an increasingly indispensable part of our lives. They can have various forms: from popular smartwatches and wristbands, smart headsets and glasses, to smart jewellery and functional clothing.

Wearables allow users to control the travelled distance by counting steps and converting them to covered distance or saved litres of fuel. They support people on a diet, showing the amount of burned calories, they also measure heart rate and sugar level, monitor breathing and sleep. They also provide information about received text messages or phone calls and display notes saved in the calendar.

And that is only a small part of the possibilities currently offered by wearable technologies. "Although many of them are associated with gadgets, they are finding wider applications in the smart fashion sector, for example in textiles and clothes that monitor the basic life parameters of prematurely born children; in the military, for example as devices assessing the health and fatigue of soldiers; in telemedicine, facilitating the monitoring of patients` health" - says Dr. Kaczorowska-Spychalska.

In her opinion, a great example in the field of telemedicine is the project "Łódź - (Tele)Care City", which will include 2000 Łódź seniors equipped with smart bands. They will enable remote heart rate and body temperature measurement, revealing any disruptions of vital signs. In the case of an emergency, the seniors themselves can call for help with the SOS button, or the device will automatically send a signal to the Telecare Centre.

"This allows older people to stay in their current environment, remain active while having a sense of security. And although this is a pilot project, considering the aging process in many developed countries, such solutions will undoubtedly become more popular" - the expert believes.

According to experts, in the coming years we can expect a dynamic development of this market. Dr Kaczorowska-Spychalska cites the IDC (International Data Corporation) estimates, according to which in 2022 global sales of wearables will reach 190.4 million units, and in 2024 the value of this market will exceed 52 billion dollars. The greatest dynamics will be noticeable in North America, the Asia-Pacific region and in Europe.

"This is mainly due to the high level of social acceptance of this technology among the inhabitants of these regions" - adds Dr Kaczorowska-Spychalska. IDC also predicts that in 2022 there will be over 219 million such devices in use in the world, and in Poland - according to Cisco forecasts - 3.9 million.

The largest growth will be observed in the segment of smart watches (currently nearly 33% of the entire market) and bands (currently 36%). The consulting company Gartner predicts, however, that in the next three years, smart headphones may turn out to be a "dark horse", as their sales dynamics can significantly overtake both segments.

According to the expert, in the coming years we can expect above all completely new features on the wearables market and improved technical parameters, such as a higher level of specialization, real-time adaptability to the user`s body shape, user`s pose at a given moment or user`s movements.

The features of wearable technology will probably spread to other objects of everyday use. Among the further functionalities of wearables, experts often mention virtual assistant and voice control options. There are also more futuristic solutions, such as the possibility of transferring the impression of touch between two people in contact with each other to the skin, jewellery that automatically sends danger alerts to friends and the police, or clothing that, by monitoring our breath, automatically changes its colour and adapts to our emotional state.

Experts also now more often talk about subdermal microchips that will store all the necessary access codes, for example within a given company. According to Dr. Kaczorowska-Spychalska, the popularity of wearable technologies results mainly from a wide range of functionalities they offer, as well as the ease of use. "They also satisfy a number of social needs, such as entertainment, prestige, a sense of belonging to a group that`s attractive for the user. As a result, new ideas are still emerging on how to effectively apply these technologies in the business, consumer or public space" - she says.

Unfortunately - as the expert emphasizes in her analysis - they also have a dark side. "They collect huge amounts of confidential data about us, our behaviours and habits, which raises concerns about data storage and management security" - notes Dr. Dominika Kaczorowska-Spychalska from the University of Lodz.