Emilewicz: Polish-German cooperation in the field of space exploration to start this year 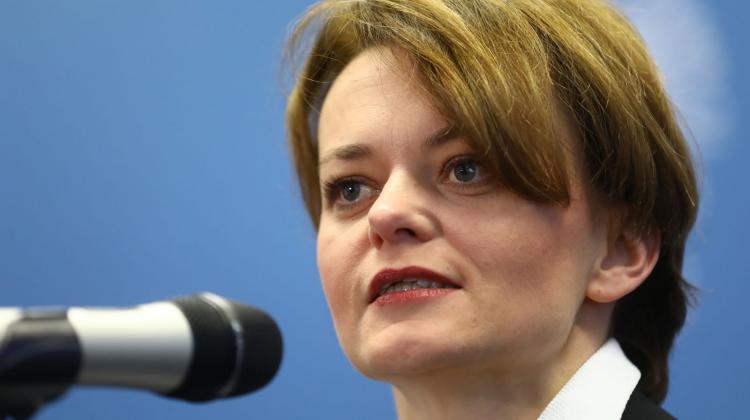 The construction of a robotic arm that will allow to take samples from Mars is the first project to be implemented under the Polish-German agreement between PIAP Space and OHB System. The cooperation will start this year, Minister of Entrepreneurship and Technology Jadwiga Emilewicz told PAP.

"Today, OHB System and Polish PIAP Space signed a Memorandum of Understanding. OHB System is one of the largest Germany companies that work with satellite systems" - explained the minister.

Minister Emilewicz said that PIAP Space was a much smaller business entity, "but with such a high technological excellence that OHB decided on partnership cooperation".

"This cooperation will commence this year" - Emilewicz emphasized.

During the Polish-German Economic Forum in Berlin, OHB System (Germany) and PIAP Space (Poland) signed a declaration of cooperation. OHB System is a satellite systems integrator that offers telecommunications, observation and exploration satellites. PIAP Space is a provider of robotic and mechatronic solutions for the space and aviation industry.

According to the Ministry of Entrepreneurship and Technology, the companies will start technological cooperation and develop a joint offer for future space missions conducted by the European Space Agency.

Their first project will be "joint activities regarding the Mars Sample Return mission, as a result of which Martian soil samples will be brought to Earth".

The solution will be based on a robotic arm containing components from two countries. The arm will allow to take samples and pack them in a container that will ensure their safe travel to the blue planet. It will be a historic mission, as a result of which samples from another planet will be transported to Earth for the first time. (PAP)