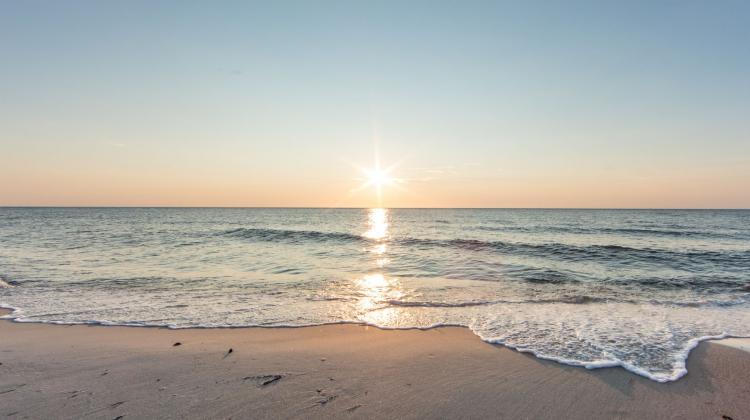 There are hundreds of thousands of tons of chemical and conventional weapons from the war in the Baltic, which is a threat to this reservoir. EU countries must take steps to solve this problem - participants of the conference devoted to this issue argued in Brussels.

The European Commission`s conference on weapons sunken in the European seas was attended by Prof. Jacek Bełdowski from the Institute of Oceanology of the Polish Academy of Sciences. According to the scientist, about 40,000 tons of chemical weapons is lying on the bottom of the Baltic Sea, as well as much more, perhaps even 500,000 tons of conventional weapons, which are also toxic. This has a negative impact on the ecosystem.

According to Bełdowski, in Europe the largest problem with sunken weapons is in the Baltic, but also in the Adriatic, Irish Sea and the Belgian coast, where chemical weapons from the First World War were dumped.

The scientist emphasized that there are reservoirs in the world, where there is much more weapons on the bottom. "For example, the Americans have dumped huge amounts of weapons in the Pacific near Hawaii, including chemical weapons. But that is an ocean, the water is very deep, so this problem is therefore smaller" - he pointed out.

In Poland, research on this topic is conducted by the Institute of Oceanology of the Polish Academy of Sciences with the support of the Chief Inspectorate of Environmental Protection and the Ministry of Maritime Economy and Inland Navigation. According to the expert, the Institute was the leader three already completed European and international projects.

The current European project Daimon is supported by EU funds. In addition to Poland, Germany, Sweden, Finland, Lithuania and Russia are involved. "Russia is an associated partner" - Bełdowski explained.

The research in this project is expected to enable estimation of the threat that weapons in the Baltic pose for the environment - for fish, marine organisms and people. The expert estimates that the risk is posed by a few percent of weapons in the sea.

According to the expert, research will help determine how this problem should be solved. "It will be a series of activities, from monitoring, because certain weapons may, for example, pose a threat in the future, to limiting human activity in a given region, or even recovering and destroying these weapons. Decisions will be taken by the authorized bodies, we will offer advice" - said Bełdowski and added that the research project was close to completion.

"We have submitted applications to the Commission to extend the project. The budget of the project is less than 6 million euros, and as part of the extension we have applied for 1 million euros" - he added.

According to the expert, meetings such as the conference in Brussels are very important for the project because they show that the attitude towards this problem is changing in the EU. "We have been waiting for 10 years (...) for the news that the whole EU is interested in this issue" - he pointed out.

Bełdowski explained that so far in Europe only the problem of conventional weapons had been addressed. "In most cases, this was limited to blasting it on the spot. If we look at the whole world, there have been cases of recovering chemical weapons from the seas and oceans and destroying them. Japan is an example, it had a huge program of clearing chemical munitions from port waters. Currently, the program is being carried out in China, where the Japanese, for their own money, extract and destroy chemical weapons that they dumped during World War II" - said the expert.

In Europe in the 1960s, the Germans recovered several thousand tons of chemical weapons dumped by their troops in the Danish waters in the Little Belt. "They recovered the weapons, poured concrete on them and sank them in the Atlantic. It was not the destruction of weapons in the modern sense of the word" - explained Bełdowski.

MEP Anna Fotyga (PiS), who took part in this forum, told journalists that the fact that the EC organized the conference proved how serious the problem was.

"This is not limited to unexploded ordnance. We had a whole series of sensational presentations. The topic has been raised for some time during the meetings of the European Parliament`s Subcommittee on Security and Defence, but in fact we have only touched the surface" - she pointed out. Fotyga emphasizes that it is important that the EC decided to engage in solving the problem.