Scientist: City honeys are as healthy as those from hives in the countryside 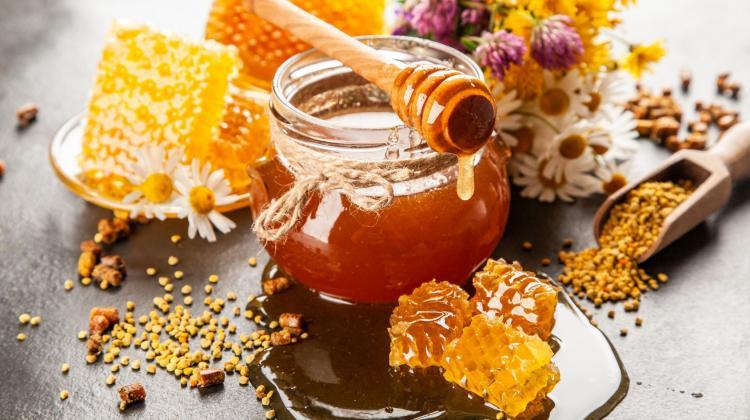 Honey from urban apiaries is just as healthy as the one from rural apiaries. Bees do well in Polish cities and find a lot of food throughout the season, and some of their favourite places are... cemeteries, says Dr. Hajnalka Szentgyörgyi.

"In terms of quality, honey from urban apiaries is not inferior to that from rural areas .The level of harmful substances it contains is low and as such it often does not allow to identify the place of honey production" - says, Dr. Hajnalka Szentgyörgyi, a biologist from the University of Agriculture in Krakow.

Contrary to appearances, bees in cities often have better conditions than in the countryside. The biologist explains that over 60 percent of Poland is occupied by agricultural areas, which are becoming less friendly for bees. On the one hand, insects are harmed by various types of pesticides, on the other they do not benefit from monocultural crops. Some plants also bloom briefly, for example buckwheat - just two weeks, and only during that time bees can obtain nectar and pollen for the characteristic buckwheat honey. Later, they do not have access to another source food, because there often are no other melliferous plants in the immediate area.

"Meanwhile, in the cities, all kinds of flowers bloom throughout the season, from March to September. This includes plants growing on balconies, in squares, parks and cemeteries. Bees really have a lot of food, because city cemeteries are tree parks, not to mention cut flowers on tombstones" - says the biologist.

Since bees in cities get nectar and pollen from multiple species of flowers, they produce multiflower honey; there is no chance for specific types such as acacia or buckwheat honey.

Dr. Szentgyörgyi tested pollen bees brought to beehives in Kraków and the surrounding area. The analysis covered 15 beehives in five different locations. Researchers verified the level of heavy metals and aromatic hydrocarbons that are components of smog. To Dr. Szentgyörgy`s surprise, the analysis showed that the concentrations of these substances in the pollen brought by bees to the hives in rural or suburban areas was sometimes greater than in the centre of Kraków.

"This situation is related to air quality. In the city centre it can sometimes be better due to the use of central heating, while in the suburbs and in the countryside individual heating is more common, often using poor quality fuel" - adds the researcher.

The biologist reassures that despite the presence of these substances in honey, their concentrations are relatively low and they should not be harmful to health.

Honey is produced from floral nectar, which the flowers produce continuously. "Because of that, even if the flower blooms where the air is not very clean, its nectar is not as polluted as pollen" - the biologist emphasizes. More pollutants are found in the pollen that bees collect with nectar. Pollen is produced by plants once and then remains in the interior of the flower, which is why it may become more contaminated over time.

"It`s a myth that bees filter out harmful substances in nectar, they just add enzymes to it and thicken it to create honey" - says the biologist.

Although the consumption of honey, even one from a location with polluted air, is safe, pollution affects the bees themselves. Dr Szentgyörgyi`s research carried out on a group of wild bees (mason bees) shows that in polluted places the proportion of sexes in the population is out of balance and the number of offspring is lower.

In recent years, urban beekeeping has become more and more popular in Poland. The data of the Provincial Beekeeping Union in Kraków, cited by the researcher, show that there are 2 thousand hives in Kraków. In western Europe, such apiaries have become a permanent element of the urban landscape. One of the most developed centres in this respect is Berlin with 15 thousand hives! In London, there are approx. 3.5 thousand apiaries.