Expert: Growing number of pregnant women with diabetes dangerous to the foetus 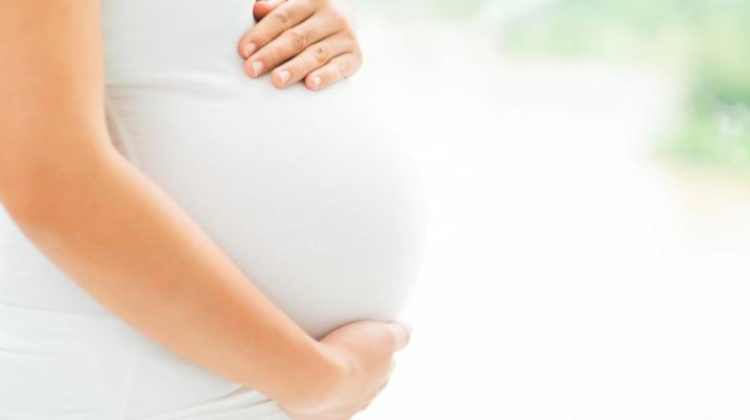 There is a growing number of pregnant women with diabetes that could lead to complications that are dangerous for the foetus, including the birth of an excessively large child with a tendency to serious diseases in adulthood, Dr. Katarzyna Cyganek from Kraków argued last week in Warsaw.

According to the data presented by Dr. Cyganek during the meeting with journalists, almost every third pregnant woman in the US and Turkey has diabetes. In the future, there will be more such cases, because there are more and more women who have Type 1 diabetes (called insulin-dependent diabetes). Diabetes now more often first appears after becoming pregnant.

"Diabetes is an epidemic disease, in Poland over 3 million people suffer from it, and hyperglycaemia (too high blood glucose - PAP) in our country is detected in 16.9 percent pregnant women "- said Dr. Katarzyna Cyganek from the Chair of Metabolic Disorders at the Jagiellonian University Medical College in Kraków.

Diabetes of this type occurs at an increasingly young age. "Until recently, it was most often detected in 8-10 years old children, and now in children between 5 and 6 years old" - said Dr. Cyganek.

According to the expert, women with type 1 diabetes who want to have a child should plan the pregnancy to better prepare for it. The point is that during pregnancy the demand for insulin changes: in the first months after conception, it may be lower, which may lead to hypoglycaemia.

"Women fight this low blood glucose, they eat more and around the 6th-8th week they get hyperglycaemia. Between the 10th and the 14th week of pregnancy, insulin demand drops again and severe hypoglycaemia can occur" - explained Dr. Cyganek.

During pregnancy, it is particularly important to control glucose level. Diabetologists recommend measuring glycated hemoglobin, which is the best indicator of whether diabetes is properly treated. It should be below 6.5 percent. In turn, glycaemia (sugar level) should be in the range of 70-140 mg/dl.

"This means that a pregnant woman must test the level of sugar often, also at night, in total 10-12 such measurements must be performed" - emphasized Dr. Cyganek. According to the expert, the Continuous Glucose Monitoring (CGM) system is helpful.

This system is partially reimbursed from the state budget in people under 26, but the average age of pregnant women in Poland is 29-30 years. For the period of planning and pregnancy, women with type 1 diabetes may rent a glucose monitoring device from one of the 31 centres in the country, created on the initiative of the Great Orchestra of Christmas Charity Foundation.

"Women just have to go to one of these centres, but unfortunately some women do not know about this possibility. The centres are also unevenly distributed, there are not enough of them in the south and east of Poland" - said Dr. Cyganek.

Diabetes can also occur in pregnant women who have not suffered from it before. According to the expert, since 2014, two types have been distinguished in Poland. The first is diabetes during pregnancy, which occurs in the first trimester after becoming pregnant. "Such a patient usually requires insulin therapy and a proper diet, usually one or more injections will suffice" - she added.

The second variant called gestational diabetes is the most common disorder of this type in pregnant women. "In this case, the first recommendation is proper diet. If this is not enough, we introduce insulin therapy. Sometimes one night or pre-meal injection of insulin is sufficient" - said Dr. Cyganek.

In both types of diabetes that occur during pregnancy, there is no continuous glycaemia monitoring system, because it is not needed. Glucose levels can be balanced without using the device.

According to Dr. Cyganek, diabetes that occurs during pregnancy should not be underestimated, because it can cause complications, especially when hyperglycaemia occurs at the beginning of pregnancy. "It can then even lead to miscarriage, death of pregnancy or the development of congenital defects" - warned Dr. Cyganek.

Hyperglycaemia after the 24th week of pregnancy also causes irregularities, but less serious ones, such as macrosomia (a large child with birthweight exceeding 4 kg). The expert pointed out that such a child is more difficult to give birth to (caesarean section is recommended), but this is also detrimental to its health, because after growing up, the person will be more at risk of obesity and lifestyle diseases such as diabetes and cardiovascular diseases.