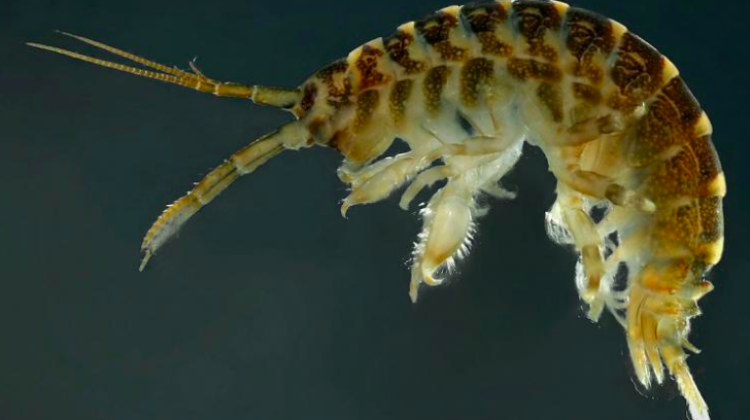 Dr. Tomasz Rewicz from the Department of Invertebrate Zoology and Hydrobiology, University of Lodz, will conduct research on biological diversity of invasive freshwater shrimps from Europe at the University of Guelph, Canada. The trip will be financed with a National Academic Exchange Agency grant.

The grant, implemented as part of the Bekker Programme, will enable the researcher to work for one year at the Centre for Biodiversity Genomics (CBG) at the University of Guelph in Canada. It is a world leader in the field of biodiversity research using DNA barcodes, short sections of the genome that enable species identification. Barcodes are a specific form of identification stored in DNA.

The scientist from Łódź specialises in biological invasions, which are among the most serious threats to biological diversity in the world. In Europe, these invasions are often done by Ponto-Caspian organisms. "It is a group of animals consisting mainly of fish, molluscs and crustaceans from the Black, Azov and Caspian seas. Thanks to a series of evolutionary adaptations, they have successfully colonized the sweet waters of Europe and North America" - explains Dr. Rewicz.

During his stay in Canada, the researcher will study invasive freshwater shrimps, European crustaceans from the order Amphipoda. He wants to obtain the DNA barcodes of species that have successfully invaded European waters and explore their genetic diversity.

According to Dr. Rewicz, the study of samples from the native region as well as the newly colonized areas will allow to create a reference sequence database for these species from Europe and estimate their genetic diversity.

It will also allow to detect possible cryptic (twin) species and compare the level of genetic diversity between the native and newly colonized regions. "This will allow us to answer the question whether the genetic diversity of the population has decreased during the invasion" - he says.

The Centre for Biodiversity Genomics (CBG) in Canada is headed by Dr. Paul Hebert, called the "father of DNA barcoding". In 2003, the scientist published a groundbreaking paper in this field. The flagship CBG programs are the Barcode of Life Data System (BOLD) and the International Barcode of Life (iBOL).

Dr. Rewicz explains that the iBOL program reconciliates international biodiversity research using DNA barcodes. It also introduces uniform operating standards and develops IT tools for managing the global library of DNA barcodes and research based on DNA barcodes. Currently, the library contains 6.5 million deposited sequences, which represent over 570,000 species of eukaryotes from around the world.

Poland is an official member of iBOL since July 1, 2018. The national delegate and member of the Scientific Steering Committee of iBOL is Prof. Michał Grabowski from the Department of Zoology of Invertebrates and Hydrobiology, University of Lodz, the leader of the scientific team in which Dr. Rewicz works.

Together with 29 scientists from other member countries, Prof. Grabowski oversees the implementation of the second phase of iBOL ,"BIOSCAN 2019-2025", during which the consortium intends to study biodiversity at 5,000 reference sites around the world and expand the reference library of DNA barcodes to 2.5 million species.

Dr. Rewicz hopes that the experience gained during his stay in Canada and learning about the latest research methodology will support the development of a strong and significant European biodiversity research centre at the Faculty of Biology and Environmental Protection of the University of Lodz.

The scientist will begin his Canadian adventure in August 2019. He will move to the "maple leaf" country together with his family, because NAWA provides a scholarship covering not only the costs of living in a foreign centre, but also a mobility allowance that covers the costs of moving.