Płock/ Medal and reprint on the 150th birthday of Edward Flatau, the father of Polish neurology 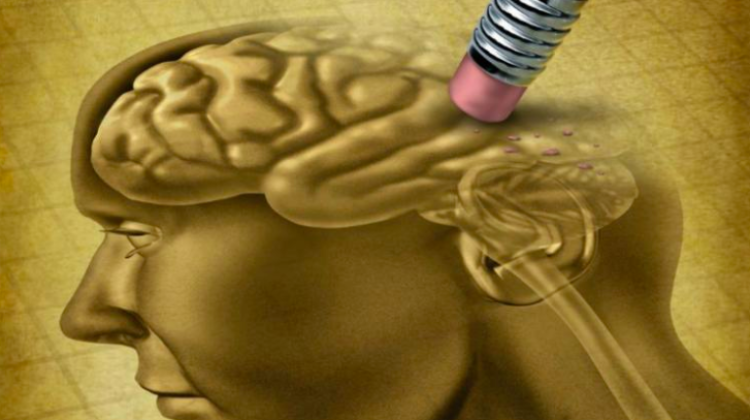 On the 150th birthday of Edward Flatau (1868-1932), the Warsaw Medical Society awarded the creator of Polish neurology the Włodzimierz Brodowski and Ludwik Paszkiewicz Medal. The District Medical Council in Płock issued a reprint of his 1912 monograph "Migraine".

Last weekend, the Marshal Stanisław Małachowski High School in Płock - the oldest Polish school and one of the oldest schools in Europe, existing continuously since 1180, hosted a scientific conference dedicated to Edward Flatau, who was its graduate.

During the conference, its organizer, the District Medical Council in Płock, presented the reprint of Edward Flatau`s monograph "Migraine", published with the financial support of the local City Hall. The monograph was originally printed in 1912 in Polish and French. It was the first Polish scientific publication on this subject published in the twentieth century. The anniversary reprint of "Migraine" was issued in a limited edition of only 500 copies.

President of the Warsaw Medical Society Prof. Jerzy Jurkiewicz presented the medal to Edward Flatau`s grandson, Prof. Piotr Flatau, who is an atmosphere and ocean physicist at the University of California San Diego in the US. In turn, Prof. Flatau donated the original Edward Flatau`s Jubilee Book, published by his collaborators in 1929, to the school his grandfather had attended. The book contains Edward Flatau`s autograph.

"Something very good is happening when it comes to Polish science, the memory of our greatest, our doctors, teachers" - said Prof. Jurkiewicz, referring to the Płock conference "Edward Flatau`s 150th birthday". He emphasised that Edward Flatau was "the father of Polish neurology", who contributed to the development of this field of medicine together with Samuel Goldflam (1852-1932).

The president of the Warsaw Medical Society, reading the decision on awarding the Włodzimierz Brodowski and Ludwik Paszkiewicz Medal to Edward Flatau, remarked that this distinction was awarded extremely rarely and only for outstanding scientific achievements.

"I am surprised. Thank you for this medal. Edward Flatau was passionate about the development of Polish science" - emphasized the grandson of the father of modern Polish neurology. Professor Flatau mentioned that his grandfather`s professional and academic activity coincided with Poland regaining its independence. "Physicians were enchanted with freedom at the time" - he added and noted that this attitude also concerned representatives of other fields of Polish science who contributed to its development in the independent Poland.

Edward Flatau was born in Płock on December 27, 1868, in a Jewish family. In 1886, as a distinguished student, he graduated from high school (gymnasium) in Płock (now Marshal Stanisław Małachowski High School). Then he studied at the University of Moscow. He graduated from the University in 1892. Then he moved to Berlin, where he worked in the laboratories of neurologist and psychiatrist Emanuel Mendel (1839-1907).

In 1894, he published the photographic Atlas of Human Brain, which was translated to many languages. Three years later he discovered the law that the "greater the length of the fibres in the spinal cord the closer they are situated to the periphery". In 1898, for his work on the subject he received a PhD in medical sciences.

Flatau settled in Warsaw in 1899. He was both a scientist and a practicing physician, co-initiator of the First Congress of Polish Neurologists, Psychiatrists and Psychologists, which took place in 1909. In 1912, he published the monograph "Migrene". He worked at the Warsaw Orthodox Hospital on Czyste, established in 1902, in the beginning of the twentieth century one of the most advanced medical facilities. The hospital functioned until 1941; currently, the Wola Hospital is located there.

He was a member of the Polish Academy of Learning and the Warsaw Scientific Society, as well as a member-correspondent of similar foreign scientific institutions, including societies in Paris and Vienna.

Edward Flatau died after a serious illness on June 7, 1932 in Warsaw. He was buried at the Jewish Cemetery in Warsaw.

Flatau family residence is located in Płock, where the family settled in early 19th century. It is a palace built in the eclectic style in 1885-86. It is currently the building of the Civil Registry Office. According to the announcement during the conference "Edward Flatau`s 150th birthday", after the planned renovation, a commemorative plaque dedicated to the father of Polish neurology will be placed in the palace. (PAP)