Launch of the first research project at the Solaris synchrotron 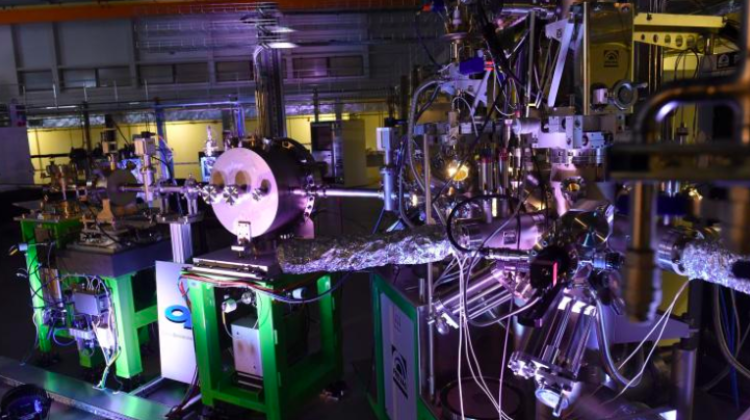 In October, research begins at the SOLARIS synchrotron in Kraków, the most advanced device of this type in this part of Europe. SOLARIS will kick off with 26 experiments prepared by groups of scientists from 12 Polish and five foreign universities and research institutes.

The Polish synchrotron is located at SOLARIS National Synchrotron Radiation Centre in Kraków. Efforts to build it started over 30 years ago. The synchrotron was launched in September 2015 and since then several dozen people have been preparing it for research projects. The first measurements in the synchrotron will include research in the field of physics, materials science and chemistry.

Director of the SOLARIS Centre Prof. Marek Stankiewicz admits that the number of applications for research time submitted in the first call exceeded the centre`s expectations. "We are very happy about it, because it proves that the demand for synchrotron research among scientists is very high" - emphasises Prof. Stankiewicz, quoted in the release sent to PAP.

The Polish synchrotron will initially offer three research stations: PEEM (for photoelectron microscopy measurements); XAS (X-ray absorption spectroscopy) and UARPES (ultra angle-resolved photoelectron spectroscopy). However - according to the director of SOLARIS - its potential and research capabilities are much greater.

"We are starting with three research stations, but the potential of SOLARIS synchrotron is more than a dozen research lines. We are already building three more lines and we are raising funds for further infrastructure development. And of course, we encourage all scientists from Poland to use the stations that we have already made available" - emphasises Prof. Stankiewicz.

Synchrotrons operate in all highly developed countries. They allow for simultaneous, 24/7 measurements carried out by up to a dozen research groups. They are "research factories" for such fields of science as biology, chemistry, physics, material engineering, nanotechnology, medicine, pharmacology, geology and crystallography.

The first applications for research time in the Kraków synchrotron could be submitted until May 25. They were reviewed by an international committee. Ultimately, it was decided that from October 2018 until the end of February 2019, 26 experiments prepared by groups of scientists from 12 Polish and five foreign universities and research institutes would be conducted in SOLARIS.

Researchers will study topological insulators, Dirac materials and superconductors, as well as electronic properties of materials, magnetic interactions and the distribution of elements in materials. In the future, the results of these measurements may contribute to the development of more efficient photovoltaic cells, faster and more capacious hard drives or new electronic materials.

The purpose of SOLARIS is not to allow its employees to conduct research, but to make the research infrastructure available completely free of charge to scientists from other institutions.

Calls for applications for research time at the Polish synchrotron will be organized twice a year, in spring and autumn. The nearest deadline for submitting applications is April 1st, 2019.

The cost of the five-year construction of SOLARIS (the building, the synchrotron and two research lines) amounted to approximately PLN 200 million. The funds came from the European Union. Maintaining and developing the centre costs PLN 14 million per year. The centre belongs to the Jagiellonian University; it is financed from the state budget.

There are about 60 synchrotrons in the world, half of them outdated. The devices are mainly in North America, the Far East and Western Europe.