Naturalist: Biofilia in the city - not always the perfect solution 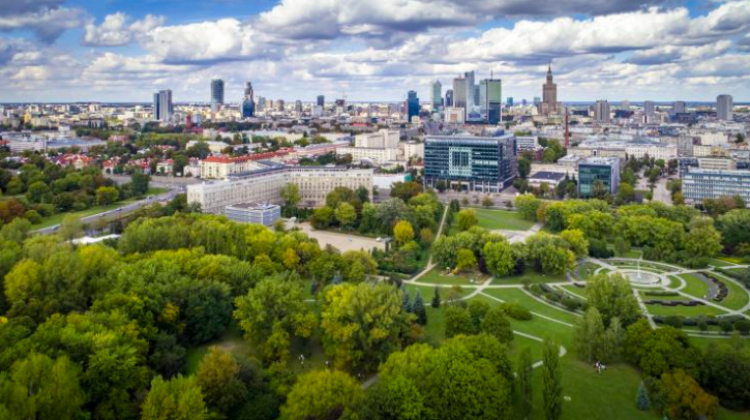 Not every biophilic, nature-friendly solution introduced in a city suits its needs; we should treat each case individually instead of mindlessly copying others, Prof. Piotr Tryjanowski from the University of Life Sciences in Poznań said in Warsaw.

"The greatest rise of interest in biofilia - or in nature in the city in general - has occurred because of climate change" - emphasised Prof. Piotr Tryjanowski (University of Life Sciences in Poznań) during the conference "Adaptation: cities` response to climate change" in Warsaw.

During his speech, the researcher reminded that even a decade ago, the discussion on how cities should respond to climate change was mainly reduced to technological solutions that emerged as a response to extreme weather phenomena (such as resistant buildings). "But in the meantime, a lot of people became interested not only in the climate, not only in how it affects health or the economic zone, but also in how it affects various living organisms" - he added.

"One quite fantastic relationship was noticed: those cities that had better developed urban greenery and water - or, in technical terms, green and blue infrastructure - also handled climate extremes better, those associated with storms, but above all those associated with heat waves" - said Prof. Tryjanowski.

Although the idea of creating green cities is commendable, transferring it to our ground faces some obstacles.

"This tool is great at the planning stage, but in reality our cities already exist, we can not redesign them" - noted Prof. Tryjanowski. "Most of the works showing the connections between spatial planning, the dynamics of urban ecosystem and blue and green infrastructure come primarily from dynamically developing countries - those that really think about planning, Brazil is a classic example. But we cannot develop similar solutions, also because European cities, Polish cities have existed much longer and we have to operate on the tissue that we have" - he added.

At the same time, as the researcher argued, copying biophilic solutions from abroad does not always work. "Solutions developed abroad often do not, for example, take into account that that four seasons are strongly visible at our latitude. Different biophilic solutions - flower gardens, green roofs or imported tree species or varieties - do not always work well in autumn or in winter" - he said.

Professor Tryjanowski also pointed out that most papers on the economics of green and blue infrastructure are based on responses provided by respondents in surveys. Meanwhile, as he argued, the difference between declared responses and real behaviours and preferences of people can be significant "People are guided by very strong emotions on the declarative level, and emotions are often very poor advisors" - the researcher said.

"Declaration is very quickly verified: +Yes, I like plants - but not when my child or my pet is allergic+. People who talk about their love of nature are often the same people who call the municipal services to say that a lawn should be mowed, or to protest against introducing more flower plants" - he noted.

He added that another problem was copying certain fashionable solutions and gave the example of establishing apiary farms in cities. "Hardly anyone remembers that honey bee is really a great winner and it quite often adversely affects other wild pollinators" - he said. "Besides, if you try to make city honeys on regularly mowed lawns, you`re not really helping the bees, only harm them".

The researcher warned against making important decisions concerning the cities only because a solution worked in another place. "Blue and green infrastructure is just a tool, a set of rules about how we can use nature to adapt to climate change" - he said and emphasised that each city is a separate ecosystem. For this reason - he warned - decisions should not be made without consultation, with both residents and experts.