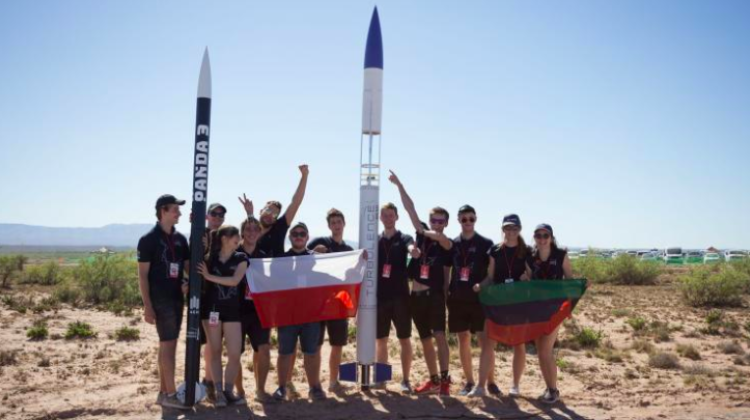 The rocket Turbulencja built by students of the AGH University of Science and Technology in Kraków took second place in one of the categories of the Intercollegiate Rocket Engineering Competition (IREC) in the U.S. The AGH UST team was the first team from Poland to compete in IREC.

According to AGH UST spokesperson Anna Żmuda-Muszyńska, the IREC competition took place as part of the prestigious Spaceport America Cup 2018. The AGH Space Systems team with the rocket Turbulencja took the second place in the category of liquid-fuelled rockets and reached a ceiling of over 9 km.

132 teams from around the world competed in six IREC categories. In addition to Turbulencja, the team from the Kraków university also presented its second rocket in the competition. Panda3 competed in the 3 km ceiling hybrid engine rocket category.

Each team was evaluated in terms of technical documentation, quality of the final design, rocket flight and recovery, the number of self-made and designed components and professionalism of the team. Taking all criteria into account, Turbulencja won second place in its category. In addition, the AGH Space Systems team received several awards: for project management, flight preparation safety procedures, and for team spirit and passion.

Turbulencja uses liquid fuel rocket engine technology that AGH Space Systems tested for the first time last year in the Błędów Desert. Members of the team active at AGH-UST since 2014 specialize in the development of space technologies, in particular the construction of rockets, satellites, space probes and Mars rovers. The team has already won awards at international competitions such as the CanSat Competition, the Global Space Balloon Challenge and the European Rover Challenge.