Polish archaeologists are researching a Maya city... on a sugar cane plantation 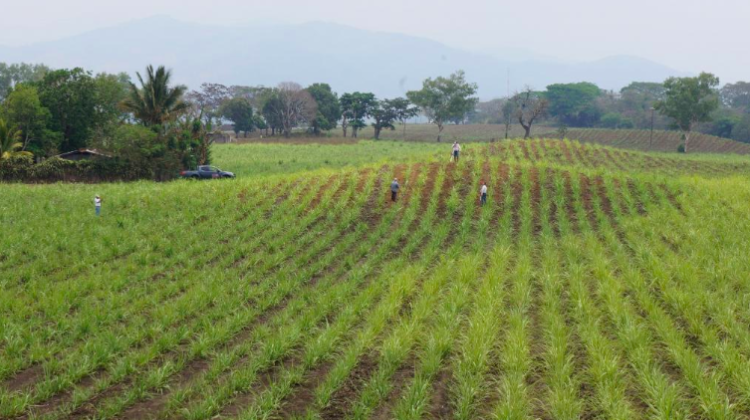 One of the oldest Maya cities - dating back several thousand years - is the subject of research of Polish archaeologists in San Isidro, El Salvador in Central America. Research shows that there could have been 20 pyramids in the area, not just a few - as previously thought.

The Maya civilization flourished in large areas of Central America from the middle of the second millennium BC until the arrival of Europeans. Northern Guatemala is considered its centre. This is the area from which we know most of the Maya cities, in which the characteristic pyramids were built.

In April 2018, Polish team under the supervision of Dr. Jan Szymański from the Center for Pre-Columbian Studies of the University of Warsaw began researching the Mayan city in San Isidro, El Salvador. This is the first Polish archaeological project in this country.

Until now, scientists believed that there were only a few remnants of ancient Maya structures, possibly pyramids, in the sugar cane fields. But preliminary studies of Polish archaeologists have already yielded surprising results. It turns out that there are nearly twenty large artificial hills that could have been pyramids or platforms (where the city administration was located). "It was a city, not just a small settlement" - adds the archaeologist.

Researchers used images from a drone to determine that. On their basis, they prepared a very precise altitude map. This way, they were also able to determine the sizes of the structures - according to archaeologists, the square base of the pyramids measured about 50 m, and their height was 17 m.

Dr. Szymański says that the city is unique because of its age. It existed only in the first, oldest phase of the Maya civilization (Preclassic period, c. 2000 BC to 250 AD).

"The Maya usually inhabited their cities for many millennia. During those times they rebuilt earlier structures, including pyramids, expanded them and changed styles. But everything indicates that the city we are studying was abandoned in the first centuries of our era" - says the project leader. And this - the scientist emphasizes - will allow to explore the oldest Maya buildings. "So far, researchers have had only a few such opportunities - and usually only on a very small scale. We have a rare chance to explore early buildings that are usually inaccessible to archaeologists" - he adds.

Archaeologists` conclusions on the subject of the city`s age are based on the fragments of ceramic vessels they found on the surface. The fragments were uncovered as a result of ploughing a cultivated field.

Archaeologists will also try to determine why the city was deserted. "We assume that the reason could be the activity of the nearby volcano" - says Dr. Szymański.

According to Szymański, most of the San Isidro buildings - including the pyramids - were made of mud bricks dried in the sun, but only the excavations planned for the coming years will bring the final answer. The Maya built pyramids of both stone and mud bricks, depending on the availability of building material. "Only the ones made of stone have survived to our times, because mud bricks are destroyed especially by precipitation, which is quite intensive in Central America during the rainy season" - he adds.

Szymański hopes that during the excavations archaeologists will discover sacrificial offerings - valuable objects buried in the pyramids. "It is also possible that we will find the tomb of the local ruler" - he adds. He reminds that the main function of the Maya pyramids was not funerary - in contrast to the Egyptian pyramids. "At their top there were sanctuaries where rituals for the gods were performed. Rulers wanted to be buried inside because of the proximity of the gods" - he says.

Contemporary El Salvador is located on the south-eastern frontiers of the Maya civilization. "However, the latest research, including ours, indicates that these were only geographical frontiers, not cultural ones" - says Dr. Szymański. He mentions the size of the city in San Isidro as a proof. Later, the Lenca lived there. Compared to the Maya, the Lenca were at a lower level of cultural development. Their buildings were not comparable to Maya structures, nor did they create such a homogeneous civilization.

April research was funded with funds obtained in the Miniature competition of the National Science Centre.