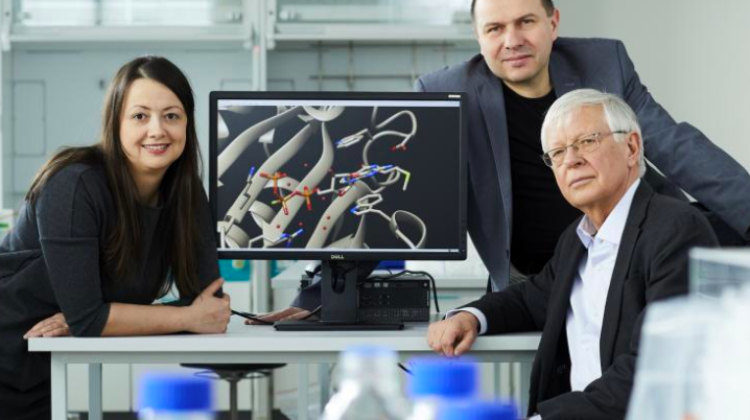 A Polish team of scientists from the University of Warsaw has been nominated for the European Inventor Award of the European Patent Office. Their discovery of the so-called mRNA caps paves the way for new, personalized therapies for cancers.

Effective therapies for cancers and genetic defects, tailored for the patient at the cellular level, is the goal of the Polish scientists working at the University of Warsaw: Jacek Jemielity, Joanna Kowalska, Edward Darżynkiewicz and their research team. They have developed a new mRNA cap that transfers instructions regarding the production of specific proteins in the cell.

This technique "opens up the possibility of programming the human immune system to produce proteins to help fight specific diseases without directly altering a patient`s DNA" - reads the press release sent to PAP.

For their achievements, the Warsaw scientists have been nominated for the 2006 European Inventor Awards 2018 in the "Research" category. The winners of this year`s edition will be announced during the awards ceremony on June 7 in Paris.

Human DNA contains about 20,000 genes that provide instructions for producing proteins, enzymes and other molecules that make up the human body. However, introducing changes in DNA is so costly, difficult and risky that only few gene therapies have been approved so far. They are mostly based on modified retroviruses that can slip through the cell defence mechanisms and introduce new information directly into the cell nucleus.

Based on research dating back four decades, Jemielity and his team proposed a different approach. They focused on delicate structures that terminate each mRNA molecule, called the 5` cap. "The structure of the cap is very important for mRNA metabolism, because without it the mRNA breaks down very quickly and can not perform its functions. The cap protects mRNA against degradation" - explains Jacek Jemielity, quoted in the press release.

The team of Warsaw scientists has changed one of about 80,000 atoms of a typical mRNA molecule, replacing an oxygen atom with a sulphur atom and creating a synthetic cap for mRNA. The patented invention - named Beta-S-ARCA - resulted in a more stable mRNA, five times more effective and three times more stable in the cell than the naturally occurring molecules. According to scientists, this paves the way for developing mRNA-based therapies.

Preliminary clinical trials with mRNA caps developed by the team from the University of Warsaw began in 2006. Two years later, after initiating the European patent process, the scientists set up a partner company with BioNTech from the Johannes Gutenberg University Mainz (Germany). In July 2017, BioNTech published the results of the first human trials of a personalized mRNA based cancer vaccine, which uses caps developed by Jemielity and his team. "In 8 of the 13 study participants who had had recurrent melanoma, there were no cancer cells during the 23 months of the study. In one of the other five who developed new tumours, a tumour reduction was observed" - reads the press release.

The test vaccine, which can also be adapted for the treatment of other types of cancer, is based on sequencing the patient`s tumour DNA and comparing it with the DNA of healthy tissue. After identifying the mutation, artificially modified mRNA is injected into the patient`s body, allowing the immune system to detect and destroy cancer cells.