Psychologists are developing a new "tool" for measuring joy, sadness, anger and fear 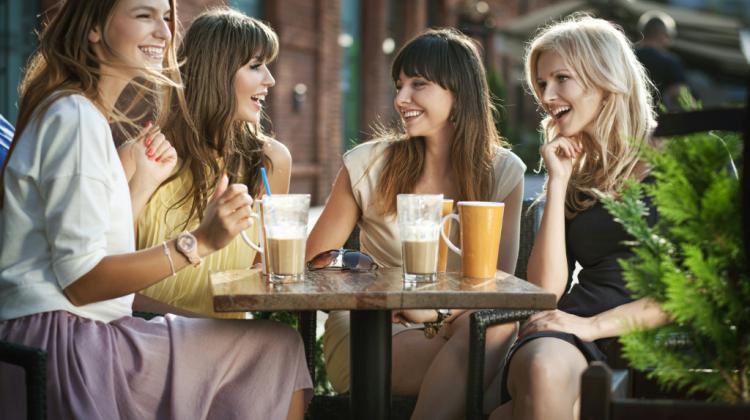 Psychologists from the University of Lodz investigate how warmth and competence, in other words communality and agency of a person, affect whether the emotions and moods expressed by that person are "contagious" to others.

We want to psychometrically develop a new "research tool" to measure joy, sadness, anger and fear, which will allow us to more accurately measure "contagious" emotions, says Dr. Monika Wróbel from the Institute of Psychology, University of Lodz.

The researcher reminds that psychologists have long believed that people get infected with the moods and emotions of the people that surround them. Being in the company of joyful friends can immediately improve your mood, and bumping into a grumpy neighbour can kill your mood for the rest of the day.

"This is a common phenomenon, in which the sender`s mood or emotions influence how the recipient feels. It is called emotional contagion or socially induced affect" - explains Dr. Wróbel.

Researchers initially thought that emotional contagion was a process that occurred in every interaction without exceptions. More recent studies question this thesis. They indicate that an observation of repulsive senders does not necessarily lead to the induction of convergent reactions. It can even contribute to the occurrence of divergent reactions.

This inspired many psychologists to look for factors that may be responsible for convergent or divergent reactions to the emotional expressions of senders.

"The question that interests me most is whether the sender, or person expressing the affective state, is warm and competent, and whether this will affect how the recipient - the person who observes the sender - reacts to the emotions that the sender expresses" - the psychologist says.

According to Dr. Wróbel, a major factor is the sender`s warmth, communality, as her previous research as well as models of other scientists have already shown. The second dimension - agency, or competence, will probably only reinforce the role of warmth.

This important modulating role of agency has been overlooked so far in studies of emotional contagion, although analyses of social cognition have long demonstrated that agency often reinforces the effects of communality.

Warmth and competence can manifest in different sets of human traits. They are the main categories that include various traits and behaviours. Both categories also have many correlates, for example people similar to us are often perceived as more liked, and therefore more communal.

Dr. Wróbel wants to determine in which contexts emotions or moods are contagious. Recent studies show that it does not happen every time. "There are certain threshold factors that make emotions contagious. For example, the sender`s traits such as communality or agency, can block the contagion - or reinforce it" - she adds.

According to the psychologist, the knowledge of why emotions are contagious or not is useful in various contexts, including the study of the role of group leaders, who often use emotions on a daily basis in their work.

"For example, they have to infect their colleagues with enthusiasm for work, or induce a slight fear if employees can not complete their tasks on time. Some emotions in leader-subordinate relationships are necessary and leaders often use them" - the psychologist explains.

Leaders - in her opinion - often put great emphasis on emphasizing their status, competence in order to gain respect, because of the belief that a respected leader will be able to influence employees. However, according to the researcher, this is not a good way for a leader to function, if we are talking about infecting and using emotions.

"According to my hypotheses, the key dimension necessary for the leader`s emotions to be contagious is warmth, communality. The leader must first focus on being liked, because this will make his or her states contagious and easy to accept. And only on the basis of already built warmth the leader can build respect, which will further reinforce the effect of this warmth" - argues the psychologist.

Researchers from Łódź intend to develop a new tool for measuring emotions aroused "here and now". It will allow to conduct precise and adequate measurements of affective reactions of participants in experiments. Currently, there is no such tool for studying emotions and researchers usually use scales created for particular experiments.

"It seems quite strange that there is no scale in psychology that would examine the emotions appearing +here and now+, in a given moment. It turns out that most of the existing scales examine the frequency of experiencing emotions, how often the subjects feel something. They do not measure the intensity of states in a given moment, only the tendency to experience emotions" - emphasizes the psychologist.

Researchers also tend to generate their own adjectives to describe emotions. And, for example, to examine anger some investigators use the word "bad", others - "angry", and others - "irritated". "Later everyone says that they have examined anger, and in fact these three adjectives may describe something completely different. Which is why things get messy and research results are hardly comparable" - she notes.

"That is why we want to start with creating a scale, whose properties will be verified using standardized material. We will check whether the adjectives that we want to use are really most often used to describe a given emotion. Only then will we use this verified, proven scale with good psychometric parameters in studies on emotional contagion" - she explains.

Scientists want to use their new tool in five experimental studies to test their hypotheses. The subjects will read short profiles of the senders and watch videos, in which the senders will express various emotions. The researchers will measure emotional reactions of the subjects in response to watched videos.

"The proposed project will shed new light on the role of agency in social induction of affect, and the development of a psychometric tool for measuring joy, sadness, anger and fear will contribute to the development of research in this area" - believes Dr. Monika Wróbel.

The project "Interactional influence of agency and community on emotional contagion and counter-contagion" received funding from the SONATA BIS competition of the National Science Centre. Its completion is planned for 2021 (PAP)