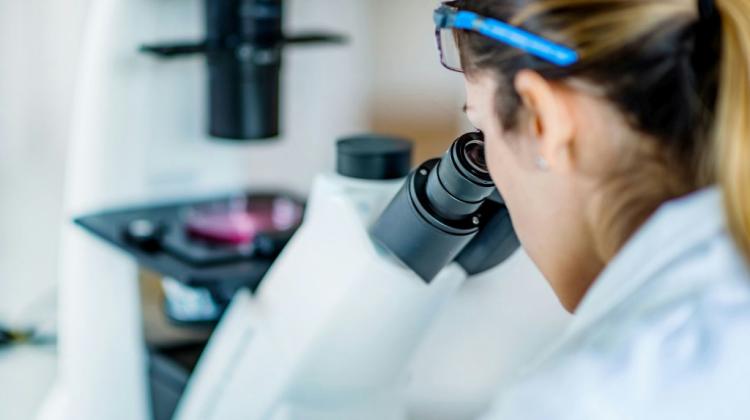 Dr Agata Starosta from the Maria Curie-Skłodowska University and Dr. Wojciech Pokrzywa from the International Institute of Molecular and Cell Biology are among the winners of the EMBO Installation Grant. Each of them will receive at least EUR 150,000 to create their own laboratories.

"Installation Grant" awarded by the European Molecular Biology Organization (EMBO) is intended for people who return or have returned to home country after spending at least two years abroad and intend to set up their own laboratory.

The researchers awarded this year by EMBO come from the Czech Republic, Portugal and Turkey (one each), as well as from Poland and Estonia (two each). Researchers will receive approx. 50,000 Euros per year for three years. The subsidy period may be extended for two more years.

Dr.. Agata Starosta will carry out her project at the Maria Curie-Skłodowska University in Lublin. She was previously associated with Newcastle University (Great Britain) and the Ludwig Maximilian University of Munich (Germany). She graduated from the Jagiellonian University. As part of the grant, the researcher will analyse the life cycle of B. subtilis bacteria, especially the role that the so-called specialized ribosomes play in the translation process.

Dr. Wojciech Pokrzywa will organize his laboratory at the International Institute of Molecular and Cell Biology in Warsaw. The researcher is a graduate of the University of Wroclaw. In addition, he was associated with the Catholic University of Leuven (Belgium) and the University of Cologne (Germany). Thanks to the EMBO grant, Dr. Pokrzywa will work on identifying the signals that coordinate the proteolytic quality control systems.

The Installation Grant scheme participants are countries with low R&D expenditure. "Through the Installation Grants scheme, we encourage young researchers to return or move to countries that find it difficult to compete with large well-funded centers of research in some of the other European countries. We hope to improve the participating countries’ competitiveness in European science by helping talented scientists set up laboratories there" - said EMBO Director Maria Leptin, quoted in a press release.

We have already written about Dr. Agata Starosta's research before.